You are here: Home / NEWS / JAY-Z invites Meek Mill, Swizz Beatz & others with $40K Rolex watches as VIP pass to his show 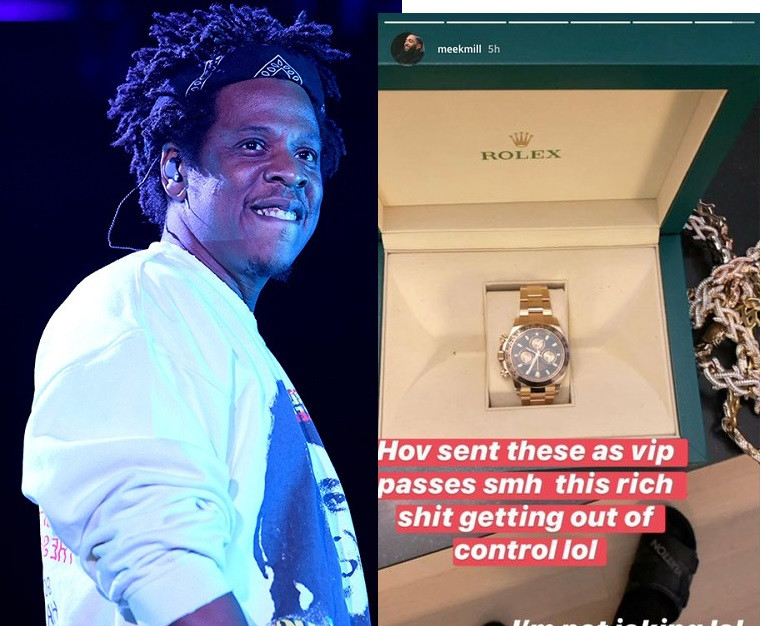 JAY-Z, the first Hip-Hop billionaire with an estimated net worth of $1 billion has shown that there are levels when it comes to throwing parties.

As part of Shawn Carter Foundation Gala preperation, the Hip-Hop mugul and father of three is sending $40K Rolex watches as VIP passes to his special guests.

RELATED:   Watch how U.S veteran, Chuks Okebata lived his life, his wife's story and how he was killed (Video+Pictures)

Rapper Meek Mill and Swizz Beatz who both have received the luxury invites, took to their respective Instagram accounts to show off the extravagant timepiece. 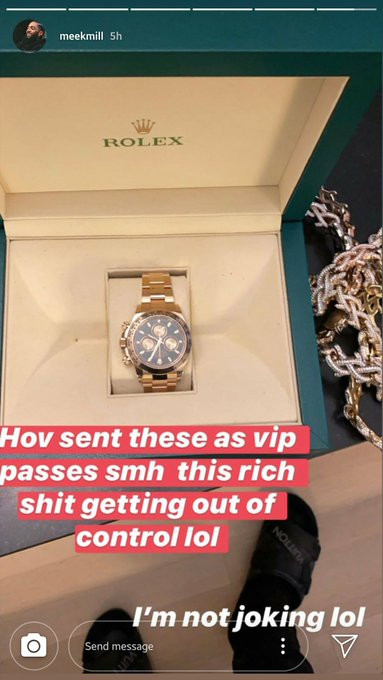 Meek Mill wrote: “Hov sent these as VIP passes SMH this rich shit getting out of control.”

RELATED:   Over 200 houses lost in Ekiti to Rainstorm

Swizz shared a photo of the Rolex watch alongside a bottle of champagne from JAY’s brand Ace of Spades, alongside the caption: “Hov is on another level with the invite game. It came with a Daytona Rolex and a bottle of Ace.” 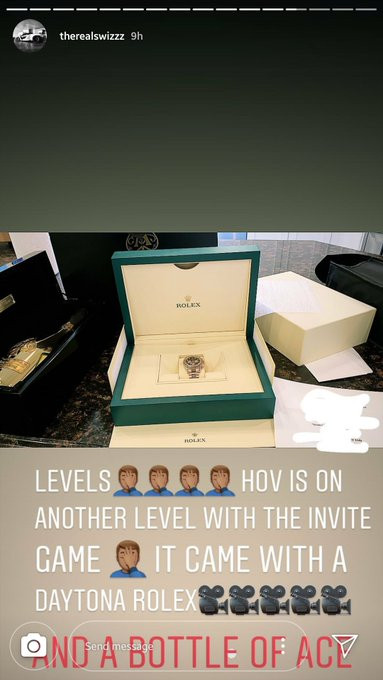