You are here: Home / NEWS / Jeff Bezos finally settles his divorce with wife MacKenzie, giving her $32billion of his Amazon shares 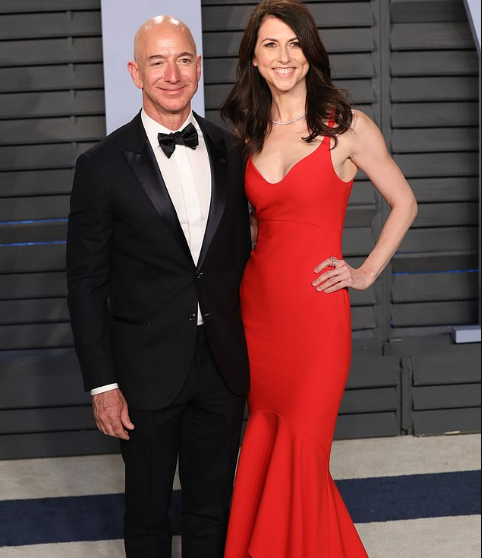 Jeff Bezos, world’s richest man, and his wife MacKenzie have officially ended their 25 years marriage after settling their divorce.

Jeff, 55, will keep 75 percent of their Amazon stocks, leaving MacKenzie, 48, with just a quarter which represents a four percent stake in the company worth around $32billion at current value. According to Daily Mail, Jeff’s 12 percent stake is now worth around $100billion which allows him to retain his title as the richest man in the world because he still has $4billion more than Bill Gates. He will also take voting control of her remaining quarter and has been given her stock in The Washington Post and Blue Origin.

RELATED:   Pilot's Blunder Causes over 30 Passengers to Bleed from their Noses and Ears

The pair announced the details in tweets on Thursday afternoon. But there was no mention of how they will divide their sprawling property portfolio or other investments and why they did not divide them equally. 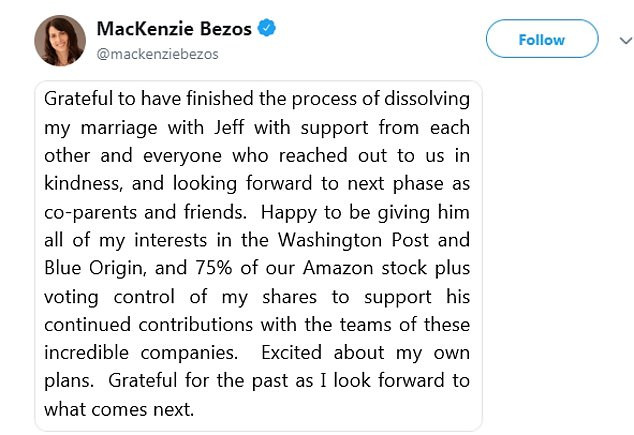 In their tweets, the estranged partners said they were ‘grateful’  after finishing the process of their divorce. 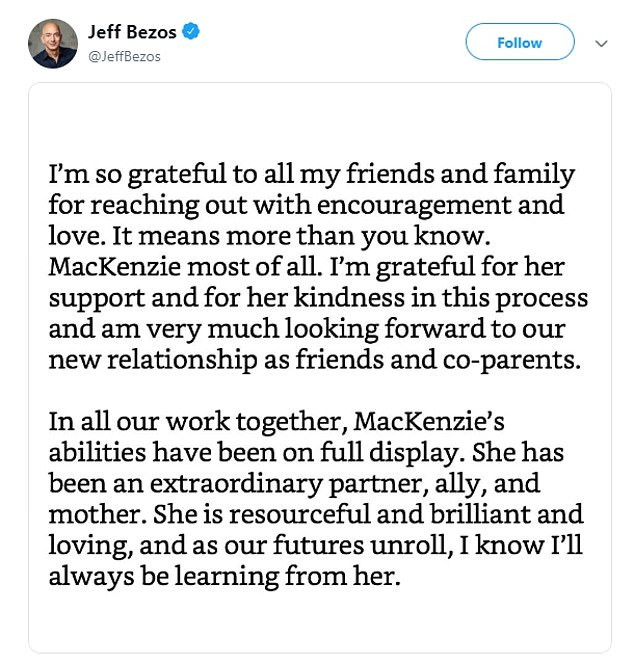 Back in January, it was claimed Jeff Bezos’ affair with TV host Lauren Sanchez led to his divorce from wife of 25 years. Lauren is also in the process of divorcing her Hollywood agent husband Patrick Whitesell.