You are here: Home / NEWS / Jurgen Klopp is the world’s best coach at 2019 FIFA Football Awards 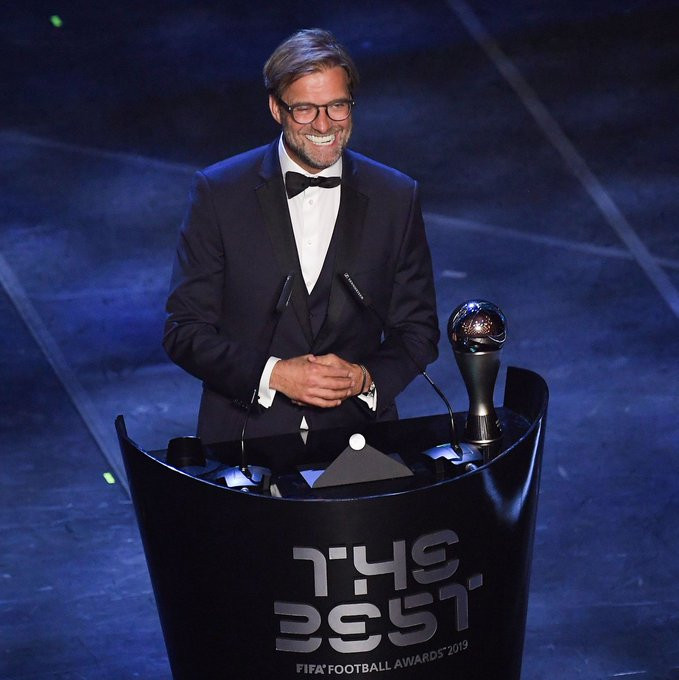 The 52-year-old former Borussia Dortmund boss, Jurgen Klopp has been named as the world’s best coach at the 2019 FIFA Football Awards.

The Liverpool head coach, beat  Pep Guardiola of Manchester City and Mauricio Pochettino of Tottenham Hotspur to win the award at an ongoing ceremony  in Milan this evening(Sept 23).

In his acceptance speech, Klopp who earned the award for guiding Liverpool to their sixth European Cup triumph as well as winning the Super Cup said : “Sorry,” Klopp said. “Wow… it’s quite heavy.”

“What can I say? I have to thank a lot of people and start with my family, it’s great.

“No one would have expected this, 20, five, four years ago. We all know what an incredible job you (Mauricio Pochettino) and Pep did.

“I have to thank my outstanding club Liverpool FC, to the owners and my team.

“You can only be as good as your team. I’m lucky to have such an incredible bunch of players.”