You are here: Home / NEWS / Justice Onnoghen reaffirms that he has not resigned from office 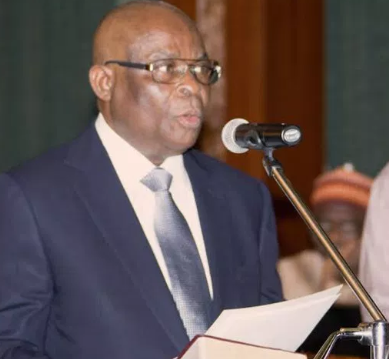 Justice Walter Onnoghen, the Chief Justice of Nigeria, has denied media reports that he has tendered his resignation following the charges filed against him by the Federal government at the Code of Conduct Tribunal CCT.  Social media has been agog with reports of his resignation.

Reacting to the reports of his resignation, Justice Onnoghen in a statement signed by his Senior Special Assistant on media, Awassam Bassey, said there is no truth to it.

“There is absolutely no truth in the rumours making the round that the Hon. Chief Justice of Nigeria, His Lordship Hon. Mr. Justice Walter Samuel Nkanu Onnoghen, GCON, has resigned his office. It is fake news! The Hon CJN was in the office all through yesterday (Thursday) and sat in court. As part of his duties, the Hon CJN will be swearing in members of the 2019 National Assembly, Governorship & State Assembly Election Petition Tribunals tomorrow (Saturday 26th January 2019)”the statement read