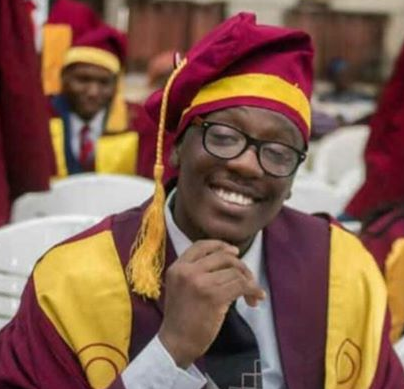 Sad news as Dr. Urueye Stephen aka Sarutobi, a House Officer at the Lagos University Teaching Hospital, who graduated from the University of Lagos on Tuesday April 2nd, died after he was stabbed by some robbers.

According to reports, Stephen was walking along Idi Araba road where LUTH is situated when he was accosted by the robbers who stabbed him before carting away his properties found on him.

His friend and former UNILAG SUG president, Adeyeye Olorunfemi, who took to Facebook to mourn him, wrote;

And we lost Stephen.
We lost this young Doctor who wants to save lives to insecurity.
He died 24 hours after his graduation. After 8 years of struggle in the jungle called Nigeria.

He was stabbed by armed robbers and died of stab wounds right in front of a government teaching hospital- LUTH.
Stab wounds!

The medical students said they have always complained about the frequent robbery attacks around and on the College of Medicine, Idi-Araba Campus but the Management keep turning deaf ears.

My heart is heavy!
This is sad!
#BlackFriday