You are here: Home / NEWS / Justin Bieber and Tom Cruise: Who will win in a UFC fight? 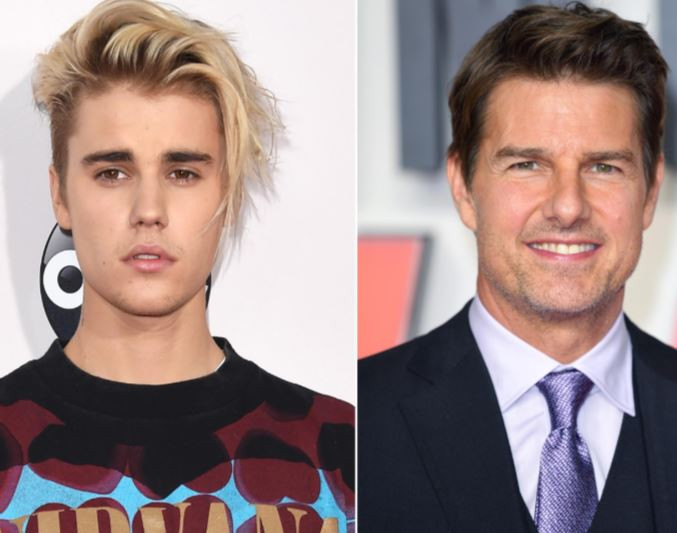 Justin Bieber raised the bar as he challenged veteran actor, Tom Cruise to a UFC fight.

“I wanna challenge Tom Cruise to fight in the octagon. Tom if you dont take this fight your scared and you will never live it down. Who is willing to put on the fight?” Bieber wrote.

Fighter Conor McGregor has offered to host the bout and took aim at Cruise saying the fight would happen if the actor is “man enough to accept this challenge,” adding, “Does Cruise have the sprouts to fight, like he does in the movies?”

See all the social media reactions to Justin Bieber’s tweet below…. 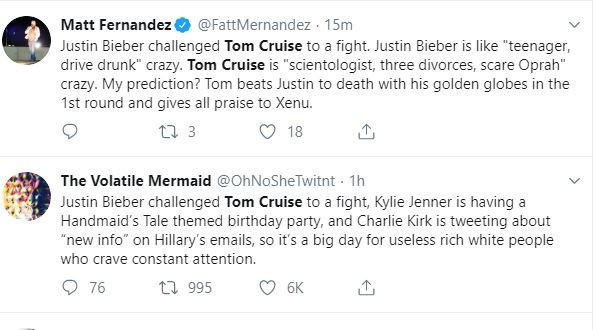