The royal couple, Kate Middleton and Prince William are still on their royal tour in Pakistan. They kicked off day three of their tour with a trip to the Pakistan mountains. Upon arrival in Chitral the Hindu Khush, near the Afghan border, the royals were presented with traditional Chitrali hats as they landed.

Kate’s traditional hat is similar to the one her late mother-in-law Princess Diana was given when she visited Chitral during her first solo visit to Pakistan in 1991. 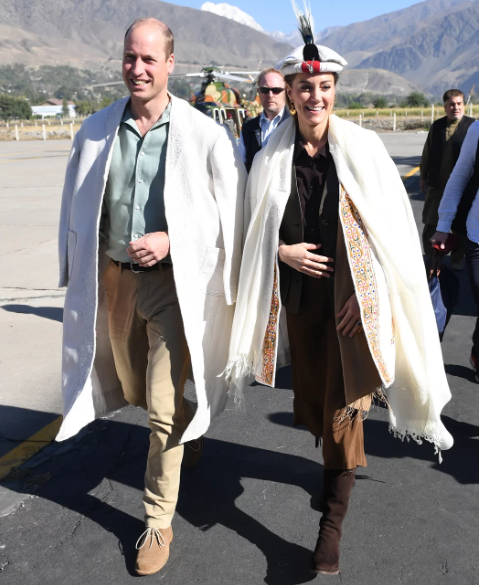 The royal couple’s Wednesday outing is part of their desire to see the effect that climate change and global warming are having on the local communities in the northern region of the country.

RELATED:   The Lion King: Anthony Joshua got a new lion tattoo on his middle finger 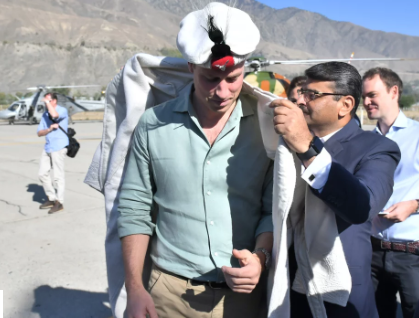 During their visit, the royal couple was also shown a book of pictures of Diana from when she visited the mountainous northern area in 1991.