You are here: Home / NEWS / Khloe Kardashian thanks Kim Kardashian for making a sex tape in mock acceptance speech for reality show award 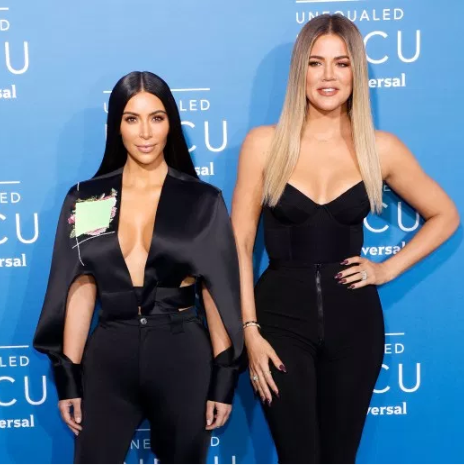 RELATED:   Eddie Murphy poses with all 10 of his children in one Christmas Picture

The reality show is back with its 16th season and on Sunday’s episode, mom Kris Jenner jokingly presented Khloe with the MTV award after the family’s big win, leading Khloe to make a mock acceptance speech where she thanked Kim for “f**king on camera” and making their family famous.

Holding on to the award, Khloe pretended to cry as mom Kris asked her who she wanted to thank.

She said: “This is all so much pressure… my Lord and Saviour and Kimberly for f**king on camera.”