When Trump introduced her, she got a standing ovation. He called her a “great friend.”

RELATED:   Money good oh! See the before and after Photo of Popular hot Nigerian artist 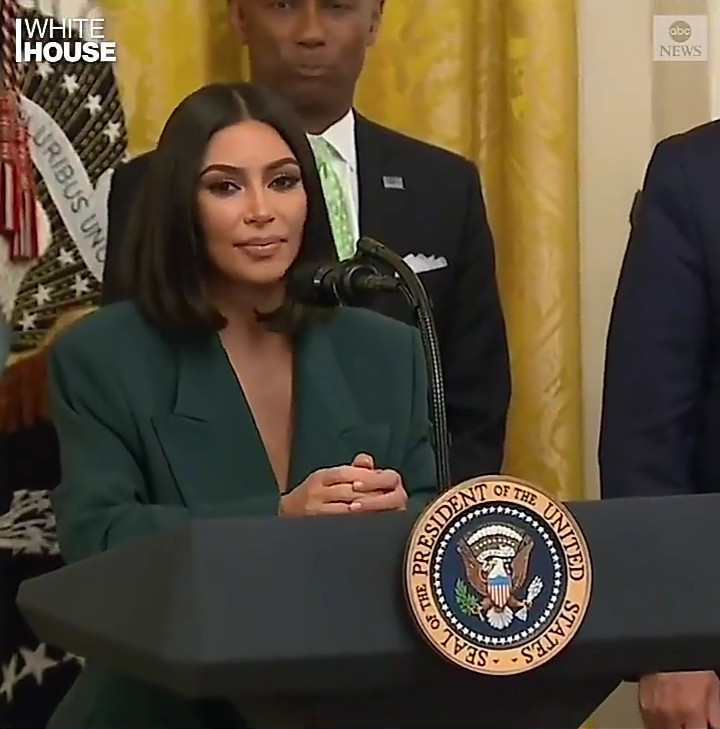 She was greeted by US President Trump on arrival and later took the stage to announce a ride-share partnership where ex-prisoners are given gift cards so that they can travel to and from interviews.

Kim said: “Everyone wants the community to be safe, and the more opportunity we have and that they have and the support that we help give them, the safer everyone will be.”

RELATED:   Get in here young people! Don Jazzy has a serious advice for you 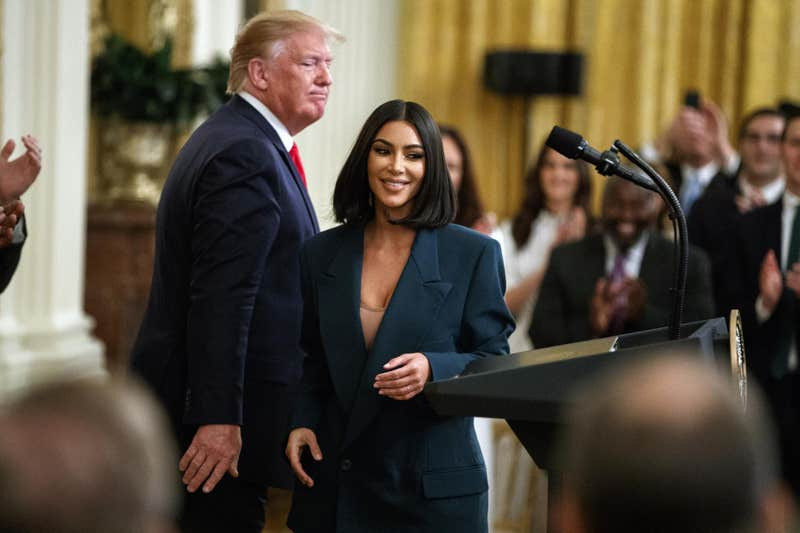 While on her way to the event on Thursday afternoon, Kim Kardashian tweeted a video of herself and wrote:

“I am heading to the White House to speak at the second chance hiring and re-entry event.” She added in another tweet that she was “honoured to be a part of the announcement that the administration and the private sector are stepping up to create opportunities for these men and women to succeed once home.”

Watch Kim’s speech in the video below.