You are here: Home / NEWS / Lady Gaga yet to bring down music with Rkelly as she promised

Lady Gaga is being accused of still keeping her collaboration with R Kelly despite announcing she’ll remove the song following series of sexual allegations against him.

The singer and actress had earlier announced last Wednesday that she would ‘remove’ her 2013 track ‘Do What U Want ‘(With My Body) she did with R.Kelly from streaming services.

RELATED:   "Stop asking me how does it feel to be a single mother!"- Waje Fires Inquirers

‘I intend to remove this song off of iTunes and other streaming platforms,’ she wrote.

But as of Wednesday, the song was still being sold on the Google Play service. However, reports from TMZ state that Universal Studio is working on pulling it down.

RELATED:   Actress pays $2,000 to put up huge billboard to get Tyler Perry's attention. See his reply 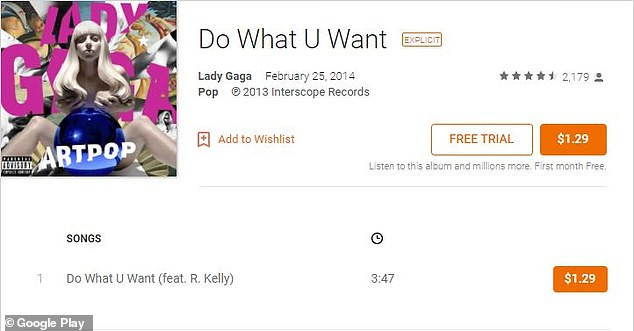