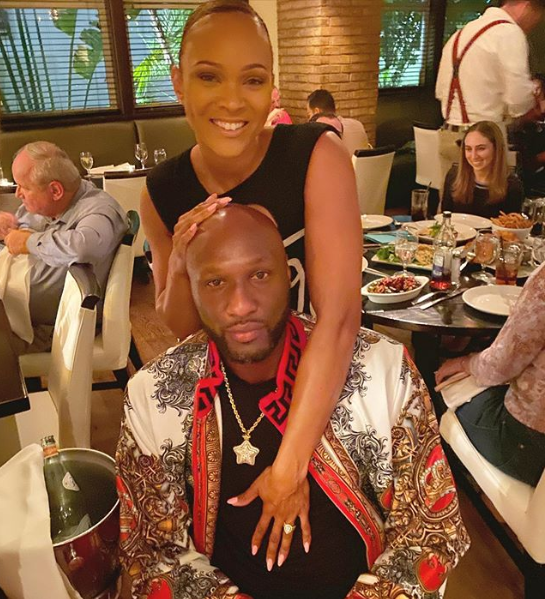 Lamar Odom is engaged to his pretty girlfriend, Sabrina Parr three months after they made their relationship known to the public.

The American professional basketball player announced their engagement with a loved-up photo of the soon-to-be-married couple posing together inside Myles Chefetz Prime 112 restaurant in Miami. He was previously married to reality star, Khloé Kardashian. They were famous from the reality show, Keeping up with the Kardashians. They later went their separate ways after four years of marriage due to Odom’s struggles with addiction and infidelity, and their divorce was finalized in 2016.

“Introducing my new fiancée!! Soon to be Mrs. Parr-Odom,” Odom captioned the post adding, “She the ONE!!!!! @getuptoparr.”

The pretty fitness coach also shared the happy news with her followers with a slideshow of videos of her new rock. she wrote: “I SAID YES!!!!@lamarodom #mrsparrodom #lamarandsabrina.”