You are here: Home / NEWS / Larry King seeks for divorce from 7th wife, Shawn King after 22 years of marriage 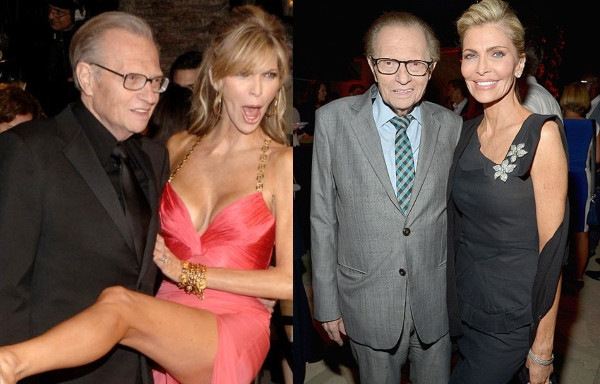 Larry King is calling his marriage quit with his 7th wife Shawn Southwick King, after being together for 22 years.

The  American television and radio host had reconciled with his estranged wife when she tried pulling the plug in April 2010, but initiated the divorce process himself in 2019. Larry King who has been married 7 times to 8 different women, tied the nuptial knots with Shawn in 1997.

Their wedding was memorial as it took place in his hospital room while preparing to undergo surgery to clear a clogged blood vessel in his heart. The couple has two grown sons together, and they are said to be 19 and 20 years old.