You are here: Home / NEWS / At last! Another Chibok girl rescued by the Army, see what they saw her with 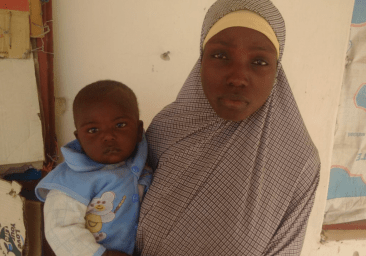 The Nigerian Army claim they rescued another abducted Chibok schoolgirl.

Authorities in the military said troops rescued the girl early Saturday during an operation against Boko Haram insurgents at Pulka village of Gwoza local government in Borno State.

The girl, who was found with a 10-month-old baby, identified herself as Maryam Ali Maiyanga.

She also informed the soldiers that her son, whom she bore to a Boko Haram member, is named Ali.

The spokesman of the Army, Sani Usman, said in a statement that the girl had been taken to a military facility for medical attention.

“She was discovered to be carrying a 10-month-old son, named Ali. She has been taken to the unit’s medical facility for proper medical check up.

“It is imperative to state that troops have been working round the clock to clear remnants of Boko Haram terrorists wherever they might be hibernating and also rescue all persons held hostages by terrorists,” he said.