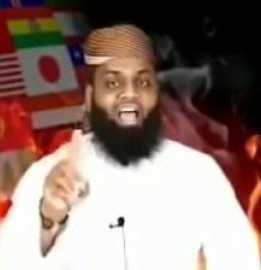 The Islamic extremist, who is believed to have led the Sri Lanka bombings at various churches and hotels on Easter Sunday, died at the Shangri-La hotel, authorities have said.

Zahran Hashim is believed to be one of two terrorists who carried out the deadly attack at the Shangri-La hotel in Colombo.

President Maithripala Sirisena said: “What intelligence agencies have told me is that Zahran was killed during the Shangri-La attack.”

He added that Hashim, leader of a local extremist group, coordinated the attack against the high-end hotel and was accompanied by a second bomber, identified only as Ilham. He said the information came from military intelligence and was based in part on CCTV footage recovered from the scene, Metro UK reports.

Hashim was seen in a video released by ISIS after they claimed responsibility for the bombings. In the video, he was seen with seven other suicide bombers but all their faces we’re covered, except his.  His whereabouts after the blasts were not immediately clear. Security forces had been on a search for him after the group he led, National Thowheeth Jama’ath, was fingered in the attacks.