You are here: Home / NEWS / Lecturer is applauded by social media users after photo of him carrying a student’s child so the father can concentrate went viral 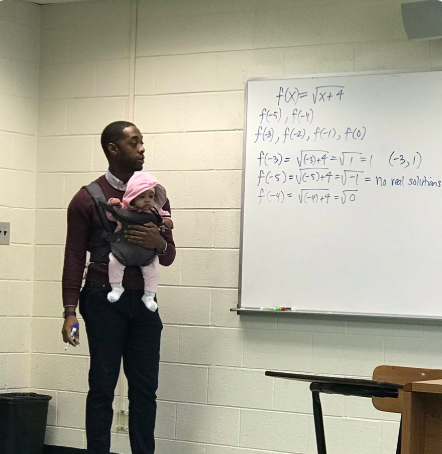 A thoughtful lecturer at Morehouse is being praised by social media users after a student shared a photo of him carrying one of his student’s child so the father can concentrate on taking notes.

@original_vaughn wrote: “Student came to class today with his child due to no babysitter or anybody to watch her while he was in class. My professor NATHAN ALEXANDER said “I’ll hold her so you can take good notes!” #HBCU #morehouse #Respect ”

RELATED:   Apostle Suleman again! See what he did this time in Washington DC (Photos)

Nathan Alexander replied thanking his student for the tweet and Twitter users replied, thanking him for his kindness.

Other students also commented with stories of how kind Nathan has been to them. 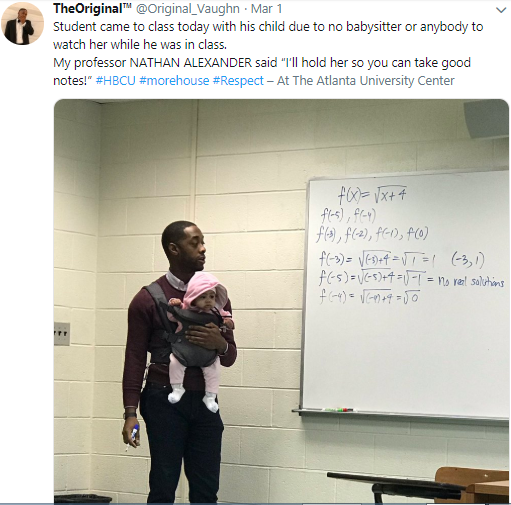