You are here: Home / NEWS / Less than a year after wedding a young bride, Ogoni first lawyer dies at 88

Senator Cyrus Nunieh, the 87-year-old lawyer and former lawmaker who caused quite a stir in October 2017, when he married his heartthrob, Rosemary Ijeoma, in Rivers State is dead.

The prominent lawyer was a senator of the second republic and was also the first and oldest lawyer of Ogoni extraction.

RELATED:   Abia State follows the footsteps of Ekiti State as they propose the Anti-Grazing bill

The death of the first legal practitioner and first senator in Ogoniland, was announced, today, by the national executive council of Ogoni Youth federation (OYF).

Cyrus Nunieh, said he decided to marry another wife because he was alone and needed a companion after his wife’s death in 1991.

RELATED:   Teach the World to Respect Your Time

Sadly, he died less than a year after the union.

His death was announced this morning by the Ogoni Youth Federation. 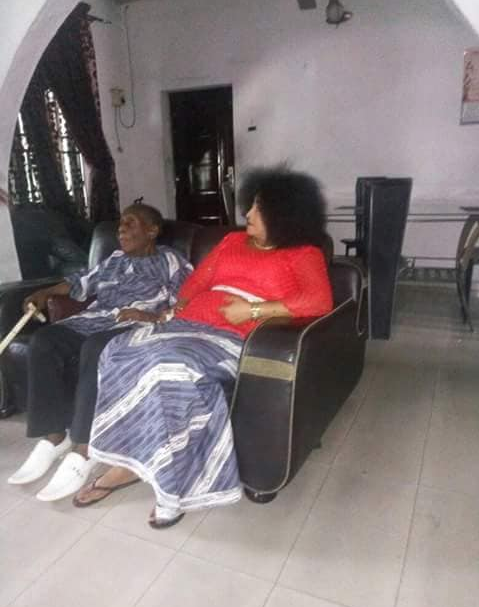 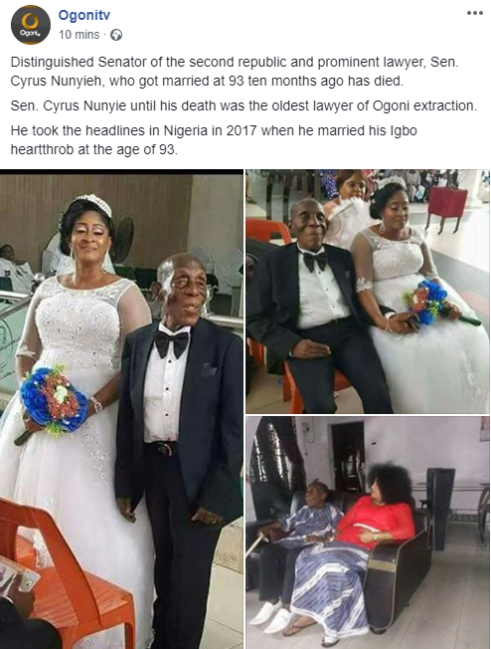 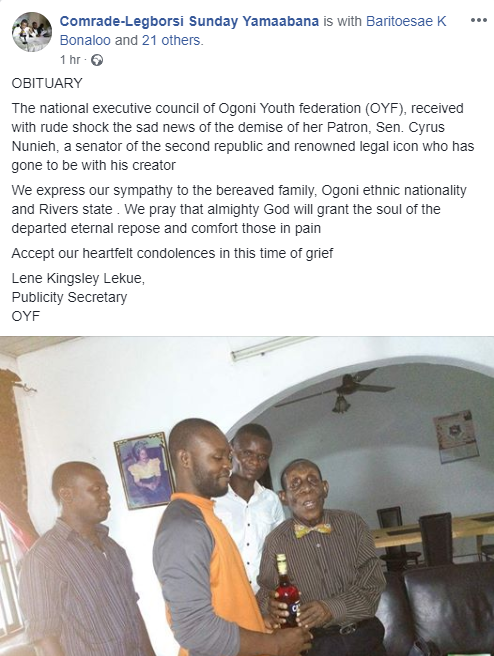