He scored 34 goals last season and led his club to the title was presented with the Golden Shoe award. Mohamed Salah comes second leading scorer of Europe’s domestic leagues with 32 goals in the Premier League. 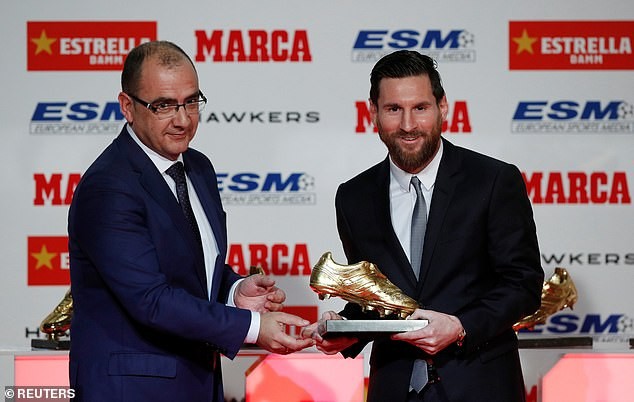 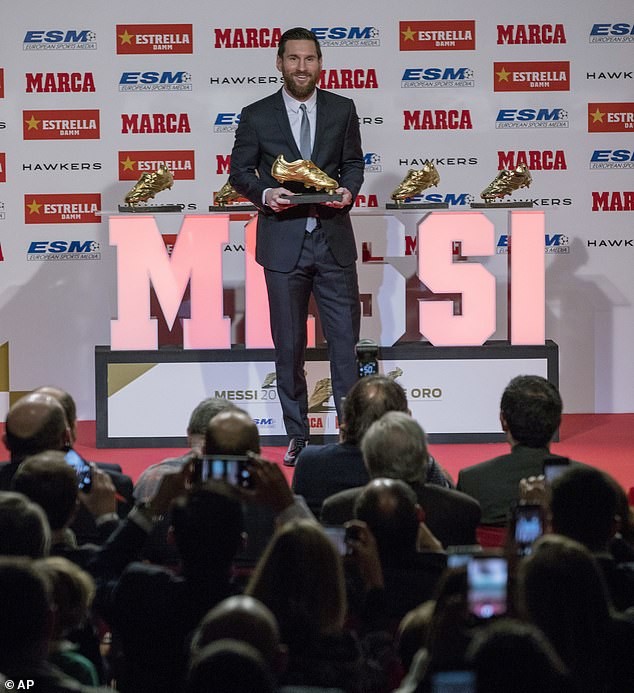 ‘I love football, but when I started I didn’t expect all this. My dream was to be a professional player,’ Messi, who is Barcelona’s all-time leading scorer with 572 goals in 655 games, said.

‘This is thanks to the hard work and effort I have put in, and above all to my teammates. I have the best players in the world at their positions playing beside me.’