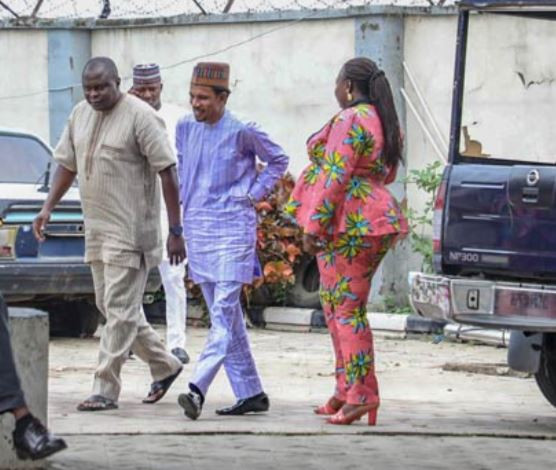 Senior Magistrate Abdullahi Ilellah has granted bail to Senator Elisha Abbo in the sum of N5million and two sureties in like sum who must have verifiable addresses within the Federal Capital Territory.  The case has since been adjourned to July 22nd for hearing.

Senator Elisha Abbo was arraigned today on a one-count of assault which he pleaded not guilty. He was arraigned by the Federal Capital Territory (FCT) police at Zuba Magistrate Court, Abuja after a video of him assaulting a woman went viral.

This comes after he was caught attacking and beating up a woman who tried to prevent him and others with him from assaulting another woman in a sex toy shop in Abuja. The viral video of the assault sparked outrage with many Nigerians calling for his prosecution.

Abbo has since confirmed to that he is indeed the man in the video and that he will release a statement soon in that regard. Meanwhile, the Nigerian Senate has set up an ad-hoc committee to investigate the case. Six men and two women were chosen as members of the committee which will be headed by Senator Sam Egwu.