You are here: Home / NEWS / ‘Mamuzee twins killed our mother. They placed a curse on her! They won’t go unpunished’ – Sister 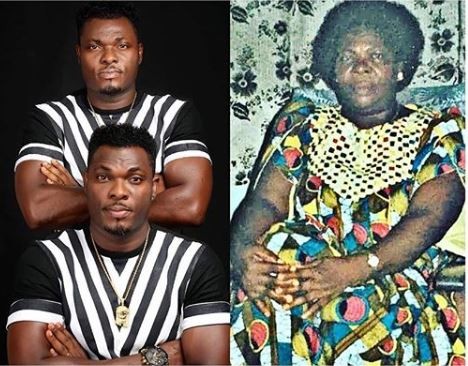 Augusta, the younger sister to the gospel music duo, Mamuzee Twins, has affirmed that they should be blamed for their mother’s death. The duo had earlier been called out by veteran musician, Daddy Showkey, over how they abandoned their mother for 17 years until her death, after a pastor told them she was a witch.

According to LIB, Augusta, while speaking at their mother’s burial said; “about six years ago, our mother was so unhappy with the fact that she had not seen her sons for a very long time. So she took two pastors and went to their house and according to the pastors that went with her, immediately they saw our mother, they went inside the room and came out with a bible”.

She continued to say, ‘then they stood on the Bible and placed a curse on our mother. They said that if she had come with any evil intention, she would die in a week. The pastors said that our mother could not cry; she just began to sweat. That was the final straw that broke the camel’s back because after that day, we began to visit several hospitals over her health. About two months ago, I noticed that our mother could neither eat nor drink anything. I later rushed her to Igando General Hospital and she later went into coma. My father-in-law advised me to take her picture and send it to all my siblings via Whatsapp”.

“Every one of them responded, except Mamuzee, despite seeing it. All my siblings rushed to the hospital to see her, except Mamuzee. While she was alive and ill, she was always calling Mamuzee. There was a time I stumbled on her Bible and prayer books and the only thing she asked from God was for her twins to return to her. Our mother died of heartbreak and depression. The amazing thing is that our mother never laid a curse on them. Our mother gave birth to ten children. If our mother was a witch, she could have killed us but we are all healthy and doing very fine in life. Tony and Andrew killed our mother. I saw what they posted on Instagram about our mother’s death. They do not even have her recent picture. They can’t be forgiven and they won’t find peace. My mother’s spirit will take vengeance. They won’t go unpunished” she said.