You are here: Home / NEWS / Man proposing to his girlfriend on surfboard but the engagement ring accidentally falls in the water 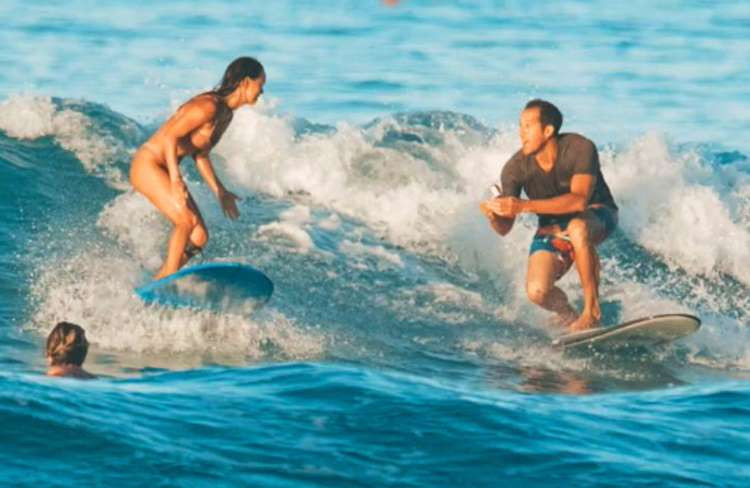 Love is a beautiful thing. A man in love who decided to do something new by popping the ‘will you marry me’ question to his lover while they were surfing on sea, got more than he bargained for when he accidentally dropped the ring in the sea.
.

When surfer couple Christopher Garth, 38, and Lauren Oiye, 32, recently went surfing in Honolulu, Hawaii, no one would have believed that Garth would propose to the love of his life while on top of his surfboard while on water. 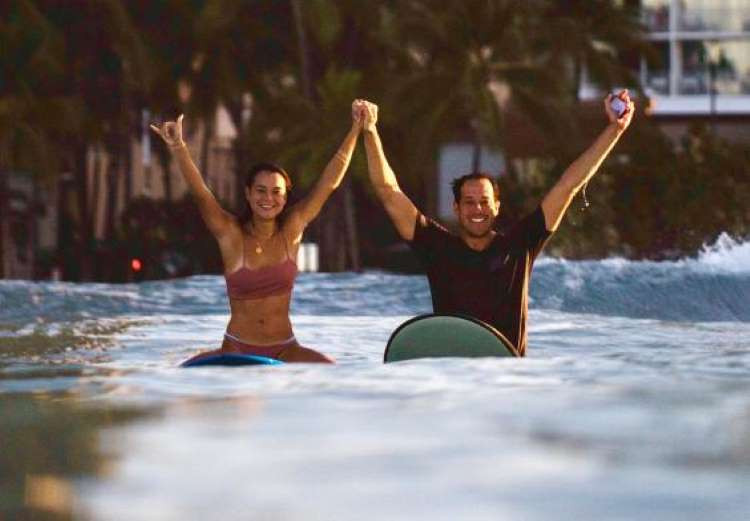 As Lauren and Garth surfed on the exact spot where they met years back, Mr Garth dropped down on one knee on his surfboard, taking out the ring he had been keeping in the pocket of his swimming trunks and then asked her to marry him.

Garth had positioned photographers to capture the moment, but was left stunned when his ring fell into the water. However, it turned out the ring used in the proposal was a spare fake one, with the real ring kept safe on shore.

“Story time: we caught a wave together at the surf break we met at and had many of our first dates,”  Lauren wrote.

“I turn back to make sure he was on the wave with me and he was on one knee with a ring box and screamed out ‘Lauren, I love you! Will you marry me?!’”

Ms Oiye revealed she initially thought the proposal was a joke, until she realised her man was being real.

“Christopher Garth, I love you and am so grateful the stars aligned and our ancestors that came before us so beautifully orchestrate this for us!” she stated after he asked her to marry him.

“Here’s to a lifetime of laughter and keeping things simple and authentic!”