A man Daniel Daniel-Ekanem, who tweeted live about the harsh treatment that was meted to himself and 11 others by SARS officials have confirmed release from the net of the officials after his cry of distress went viral.

According to him, the officials rounded them up from the streets and accused them of cultism. He said they were taken to Ikot Ekpene area command.

The man shared photos from the command and revealed how they were being treated like animals. He said one of the officers boasted that he has wasted so many lives and could waste theirs easily. See tweets below: 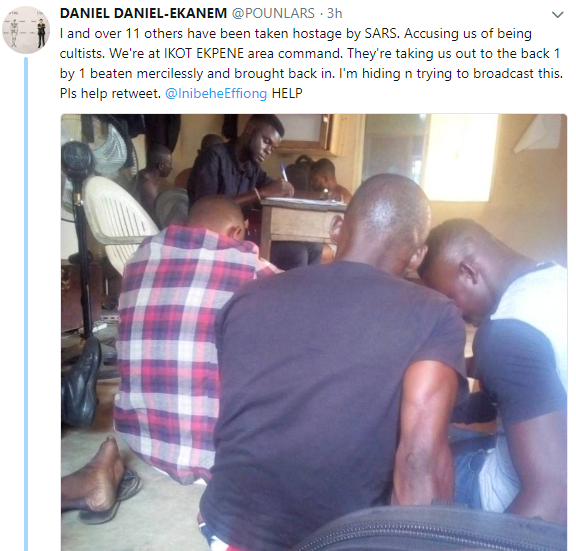 RELATED:   Aaron Ramsey, former Arsenal midfielder, Unveiled as a Juventus player and will earn £440,000 a week

There is a hint of urgency in his tweets as he tags media houses begging for help to avoid them getting killed.

He also said one of the men arrested with him has fainted due to the beatings.

“Help us please,” Daniel, who says he’s hiding his phone to tweet, has been pleading on Twitter.

See his tweets below. 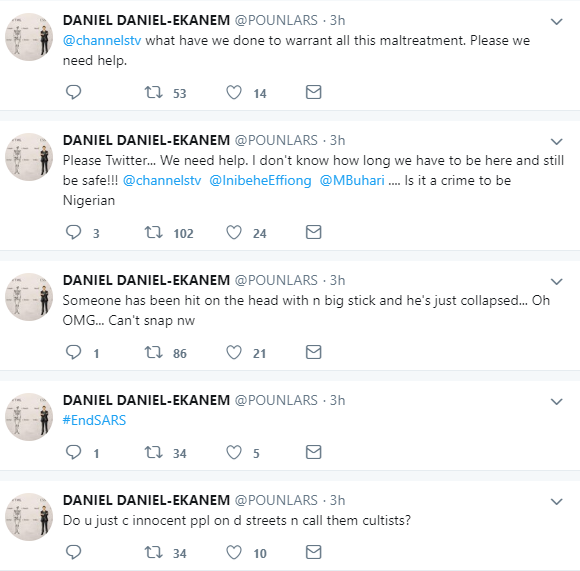 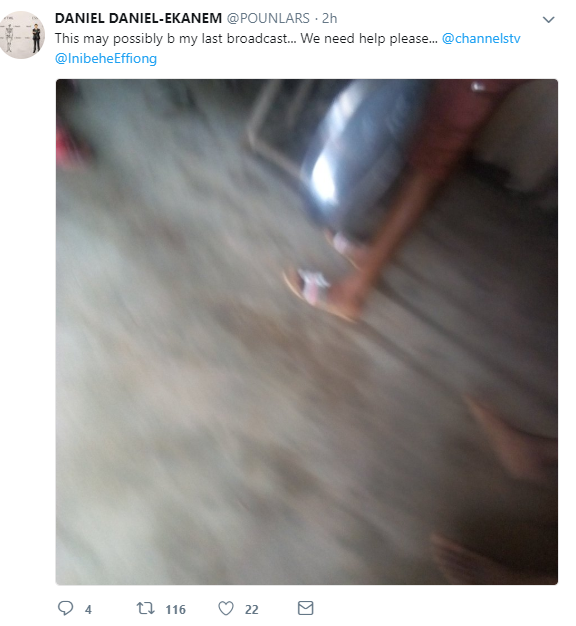 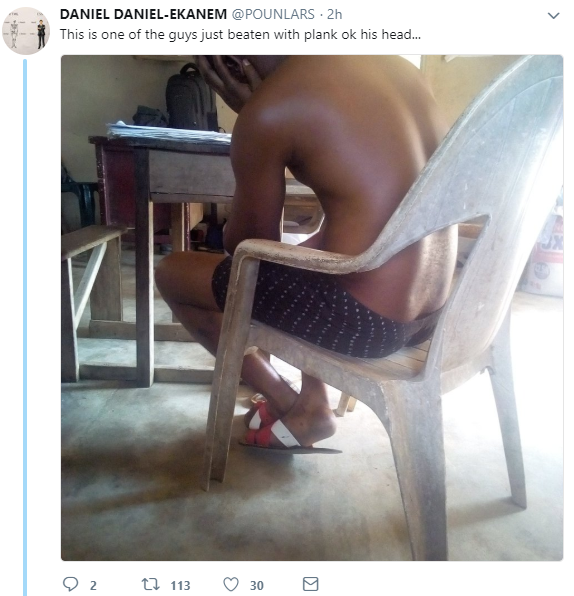 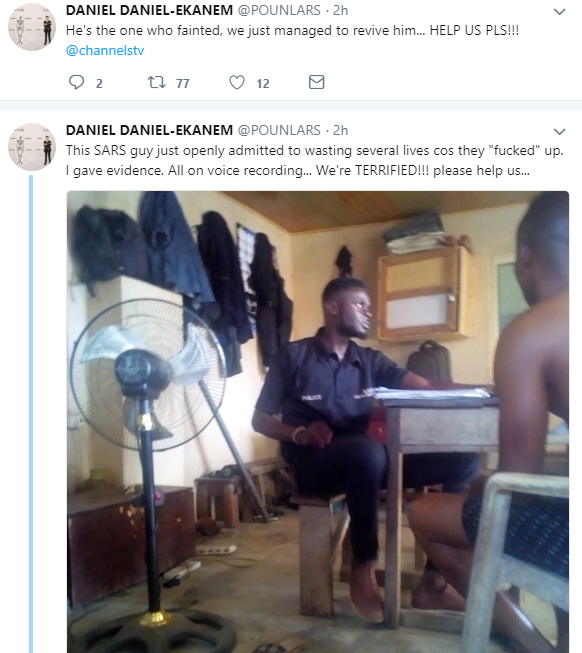 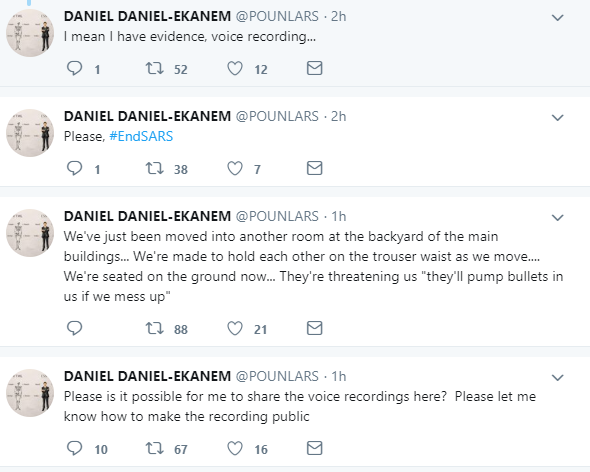 Barely 15 minutes ago, he tweeted that the attention that his tweets garnered has caused him to be released but there was a possibility that some were still held bound.