You are here: Home / NEWS / Management of the Polytechnic Ibadan Burns Phones Seized from Students in their Exam Hall 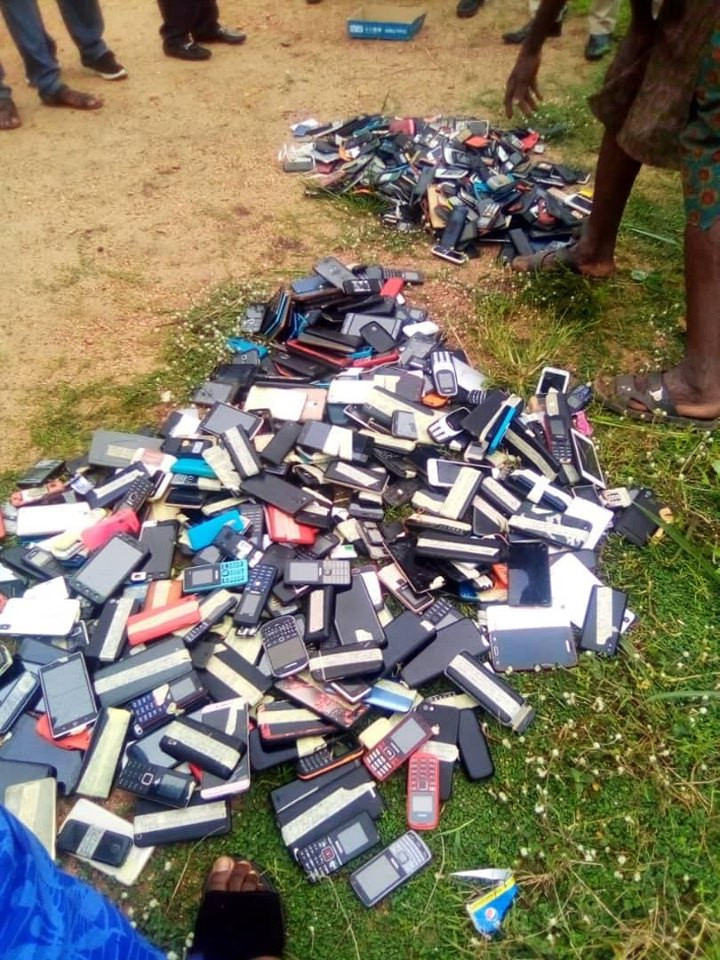 The Deputy Rector of the institution, Bayo Oyeleke, who monitored the exercise, said the phones worth a huge amount of money, was recovered from the students during examination in the school and that the school has decided to burn the phones to restate its commitment to fight examination malpractices to the barest level.

“We are here to take further action on our resolved to ensure that the crop of students and product being produced by the school are students with exemplary character and are those who really work and worth the certificate of the institution.” he said.

Oyeleke added that the exercise will serve as detterrent to students of the institution who wish to further indulge in the illegal and inappropriate act. 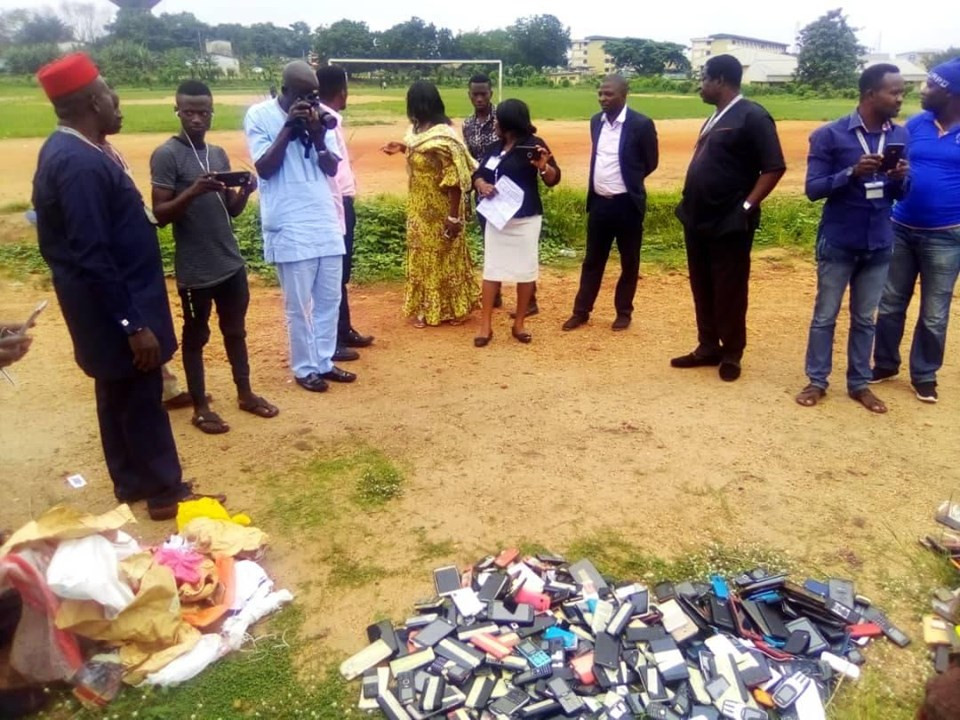