You are here: Home / NEWS / Meet the Dog that captured and killed the Leader of ISIS, Abu Bakr al-Baghdadi

President Donald Trump shared a photo of the dog that chased ISIS leader Abu Bakr al-Baghdadi into the dead-end tunnel, where he detonated his suicide vest, killing himself and three children. He lauded the dog’s actions while describing the Saturday evening raid, but did not reveal any information about the courageous canine’s identity.

The dog, however, got injured in the raid but it’s back with his handler and recovering from his injuries, Pentagon officials said.

Trump  tweeted: “We have declassified a picture of the wonderful dog (name not declassified) that did such a GREAT JOB in capturing and killing the Leader of ISIS, Abu Bakr al-Baghdadi!” 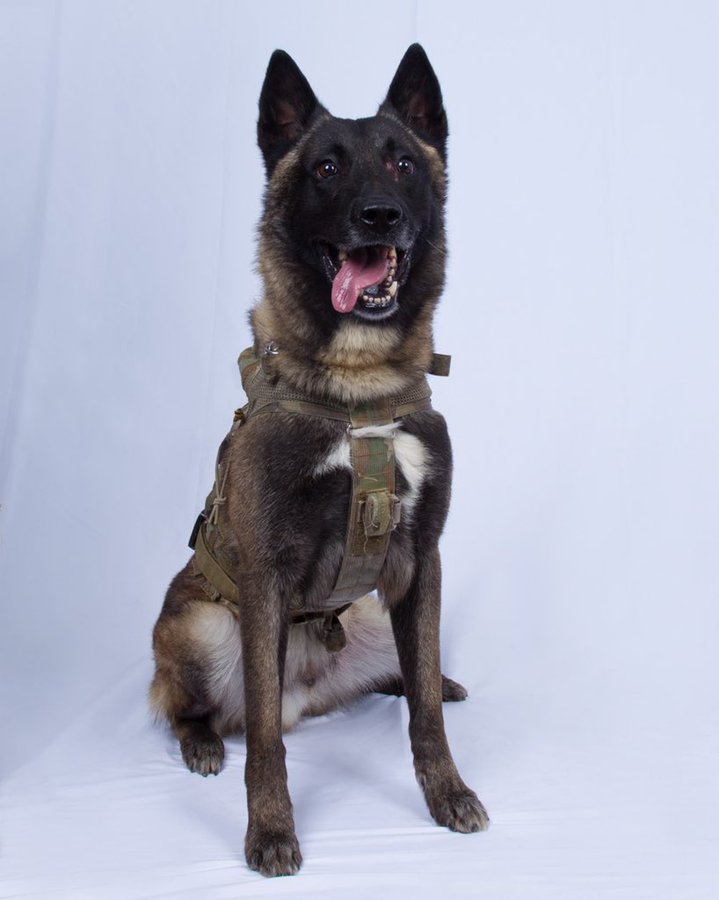