You are here: Home / NEWS / Meghan Markle’s Half-Sister Samantha Rants on Twitter,Says she would Blame Meghan If Their Dad Dies 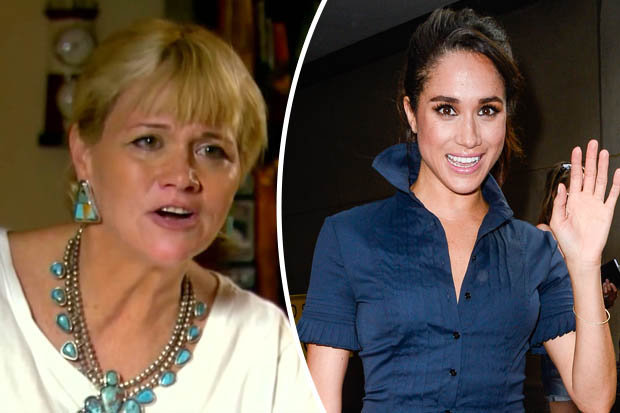 Meghan Markle’s estranged half-sister has branded the royal family an “embarrassment” for “ignoring” her father and claims she will hold the Duchess of Sussex responsible if he dies.
The 53-year-old launched yet another scathing attack on her sibling after she and Prince Harry visited a London exhibition on Nelson Mandela and met with his relatives.She tweeted:
RELATED:   President Buhari directs inter-ministerial committee to reduce the price of drugs available to the public 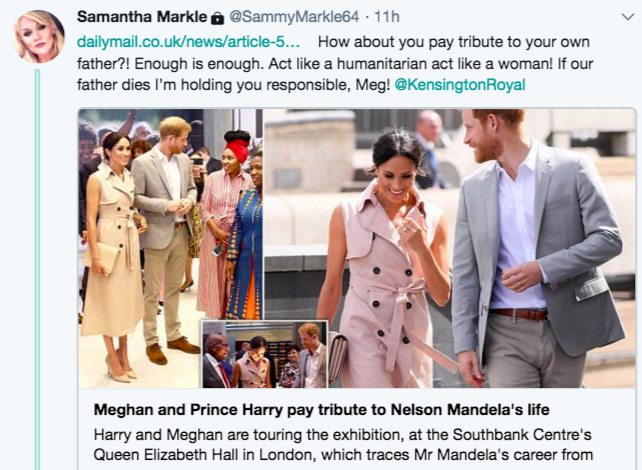 Her comments come after the Duchess of Sussex’s father, Thomas Markle, who has recently been suffering with heart problems, gave an interview at the weekend in which he said his daughter looks “terrified” and has a “pained smile”

RELATED:   BREAKING: Spain to prosecute 13 Catalan separatists for rebellion
She commented by saying: