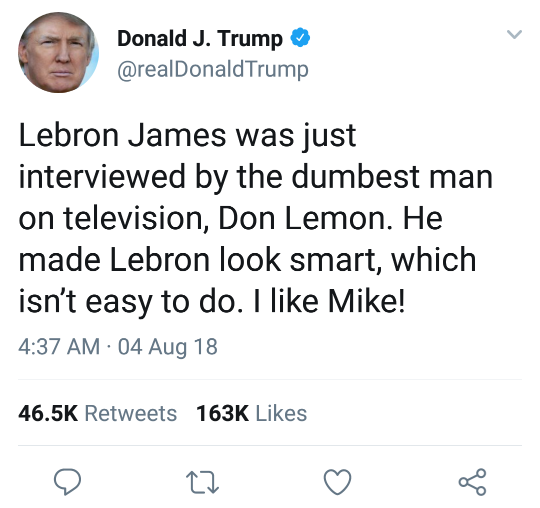 In an interview on Tuesday — also broadcast late Friday — Los Angeles Lakers player and philanthropist James told CNN he believed Trump “is kind of trying to divide us.”

RELATED:   Fela Durotoye celebrates his wife, Tara, as she turns a year older

“He’s kind of used sport to… divide us and that’s something I can’t relate to, because I know that sport was the first time I ever was around someone white. You know?” said James, who on Monday opened an elementary school for at-risk youth in his native Akron, Ohio. 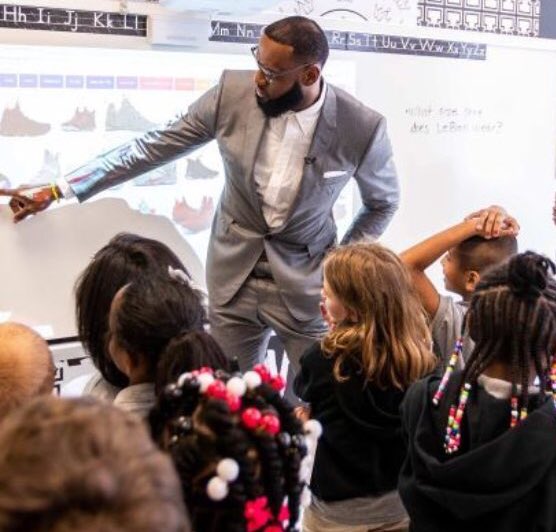 Trump’s comment sparked a huge reaction from James’ supporters — but the most surprising came from First Lady Melania Trump, whose communications director issued a statement that appeared to break ranks with the president.
RELATED:   AfCFTA: Zambia still conducting internal negotiations in the agreement

Stephanie Grisham was quoted by CNN as saying James appeared to be “working to do good things on behalf of our next generation.”

“It looks like LeBron James is working to do good things on behalf of our next generation and just as she always has, the First Lady encourages everyone to have an open dialogue about issues facing children today,” Grisham said.Grisham added the first lady “would be open to visiting” James’ new school.

RELATED:   Oby Ezekwesili Celebrates 30 Years of Marriage with her Husband