You are here: Home / ENTERTAINMENT / Miley Cyrus and Liam Hemsworth used to “always hang out” with Kaitlynn Carter and Brody Jenner who recently split

It was reported that Miley Cyrus and Liam Hemsworth used to “always hang out” with Kaitlynn Carter and Brody Jenner before both couples split and Miley moved on with Kaitlynn.

Miley announced last week that she and Liam were splitting after tying the knot in December. Only weeks prior, Kaitlynn and husband Brody announced they were splitting. After the couples split, Miley and Kaitlynn were pictured kissing while on a girls’ trip in Italy. 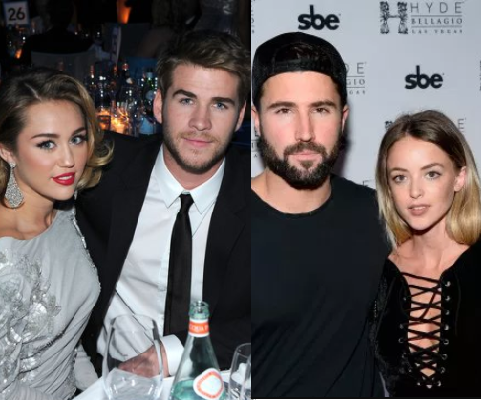 Brody and Kaitlynn are reality co-stars from The Hills: New Beginnings, Jason and Ashley Wahler, and they have opened up on their colleagues’ relationship.

As revealed, Miley and Liam were good friends with Brody and Kaitlynn before their respective splits.

RELATED:   Japan Restarts Nuclear Reactor In In Spite Of Opposition

“I have had a lot of conversations with Kaitlynn during the season and her and Miley and Liam and Brody would always hang out together,” Ashley told Access Hollywood.

“I think everybody in the cast kind of knew that it was not gonna work out.”

RELATED:   Interested in Interior Design' Jumpstart your Career with the PAID Virtual Summit | Runs from Now till March 30th