You are here: Home / NEWS / Miley Cyrus Shows off New Tattoo at VMAs as she Performs Her Emotional Hit after split while girlfriend gives her backstage kiss 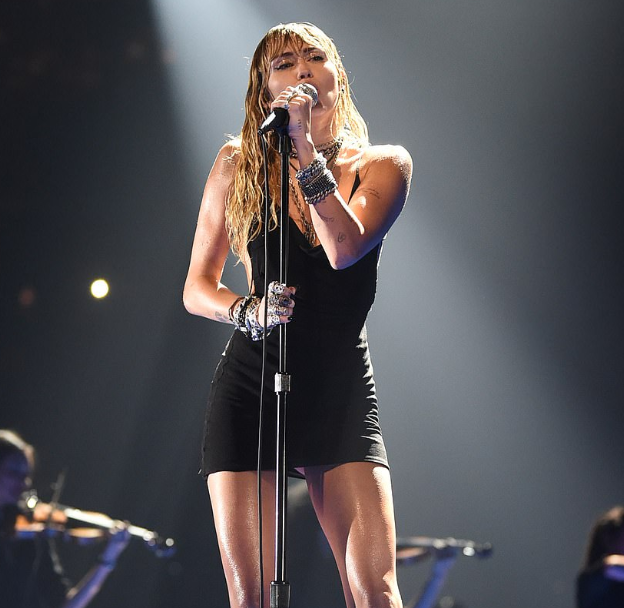 Miley Cyrus, 26, was one of the artists who performed at the 2019 VMAs which held at the Prudential Center in Newark, New Jersey on Monday night, August 26.

It was her first big public appearance since her split from Liam Hemsworth. She took to the stage to perform her new song, Slide Away.

For her performance, the actress wore a little black dress which displayed her tattoo collection, including a brand new break-up tattoo on her inner left arm that reads: “My head was feeling scared, but My heart was feeling free.” 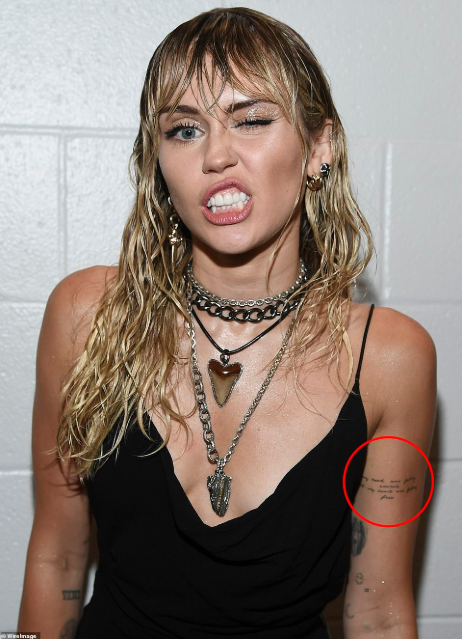 The words are a lyric from the Pixies’ song The Thing.

Last night was Miley’s first time of performing her new song and it had the lyrics, “Move on, we’re not 17 / I’m not who I used to be… You say that everything changed / You’re right, we’re grown now.”

Before her performance, she was seen with girlfriend Kaitlynn Carter, who was pictured locking lips with her earlier this month during a romantic Italian vacation. Miley and Carter skipped the red carpet and did not take any seats in the audience but they were seen sharing a kiss backstage.

RELATED:   Nigerian Man Shares How he almost got Charmed in Computer Village 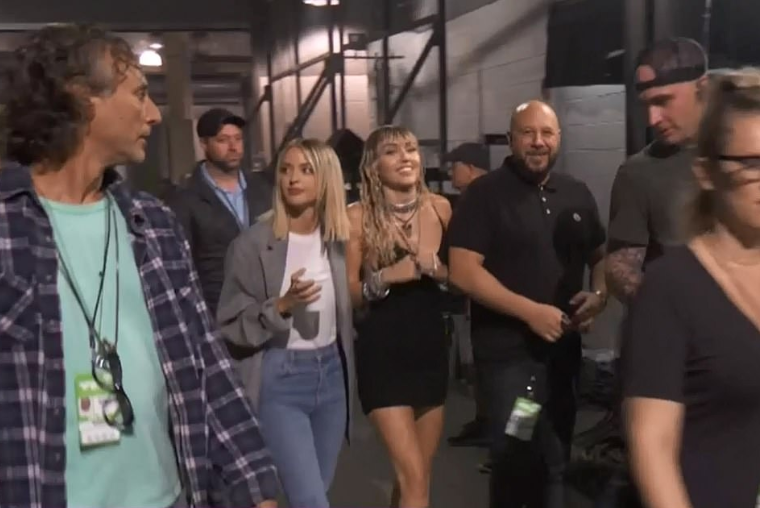