You are here: Home / LIFESTYLE / Moji Olaiya’s daughter insist she must see her mother’s corpse before burial

Though family members are comforting and calming her down, the young lady kept saying she wants to see her mother. According to her: “She must be brought back, I don’t care what anybody says, I just want my mother’s body” she lamented. 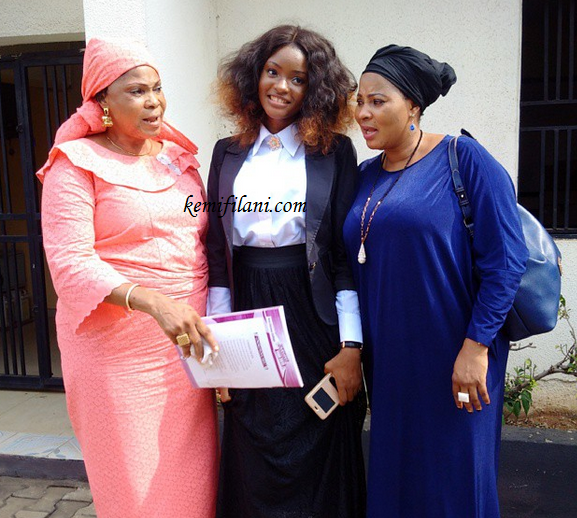 The burial arrangement of Moji Olaiya is causing an unanticipated rift within the family.

Though the deceased actress was born into a Christian family, she converted from Christianity to Islam. Certain members of her family are insisting that she be interred today according to Muslim rites.

RELATED:   Read the response to the question of a controversial nature by Pastor Daddy Freeze

Burying her the same day will be expensive because interments are costly in developed countries. There is no feasible plan for her burial as at this time.