You are here: Home / SPORTS / Too much money! See how much Obafemi Martins is earning in his Chinese club
Nigerian international Super star, Obafemi Martins has penned a new deal with Chinese Super League club, Shanghai Shenhua worth a whopping N4.1 billion.
Martin got the billion-naira deal after extending his stay with the Chinese side some days ago as he penned a contract which extends his stay at the club till 2017. 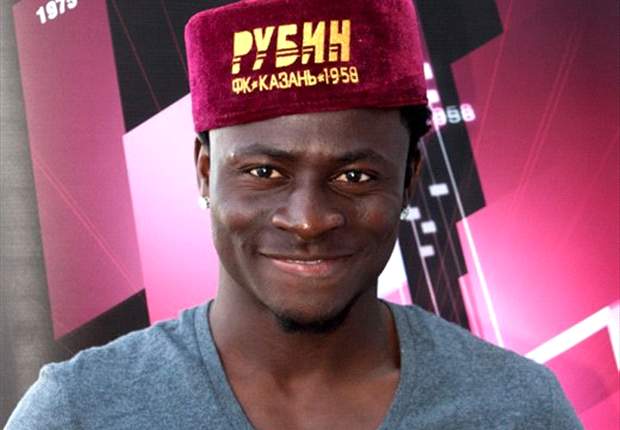 It would be recalled that Obafemi Martins who has during his career played for Inter Milan, Newcastle United and Wolfsburg had signed an initial one-season deal with the Chinese club side.
So far in his appearance for the Shanghai Shenhua, Obafemi Martins has averaged a 0.5 goal per game feat which places him on 15 goals in 30 appearances this season.
RELATED:   Racism Addressed: FIFA Increases Punishment for Defaulters in Football