You are here: Home / NEWS / Nantes, former club of Emiliano Sala, plead for search for the missing striker to be restarted 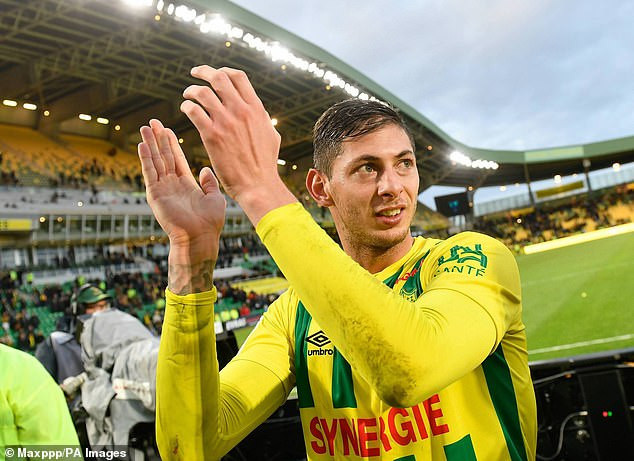 Emiliano Sala’s former club Nantes has reacted after the search for the missing Argentine striker who disappeared on a plane crossing English channel to new club Cardiff was called off. The small private plane carrying the Argentine striker from Nantes Airport to Cardiff went missing off Alderney in the Channel Islands on Monday night.

Yesterday, Guernsey Police confirmed that it is ‘no longer actively searching’ for the missing footballer and the plane’s pilot or the light aircraft which vanished over the Channel Islands on Monday.

Harbour Master Captain David Barker said: “We have been unable to find any trace of the aircraft, the pilot or the passenger.

“We reviewed all the information available to use, as well as knowing what emergency equipment was on board, and have taken the difficult decision to end the search.

“The chances of survival at this stage are extremely remote.”

But Sala’s former club has taken to Twitter to plead that a search for the missing striker should be restarted. 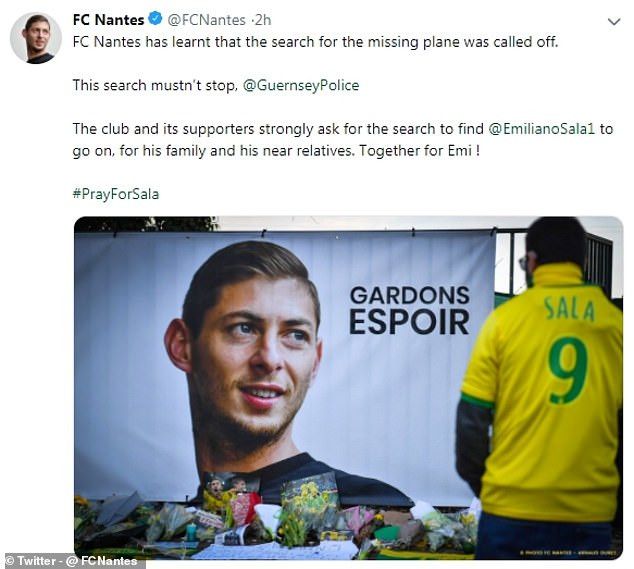