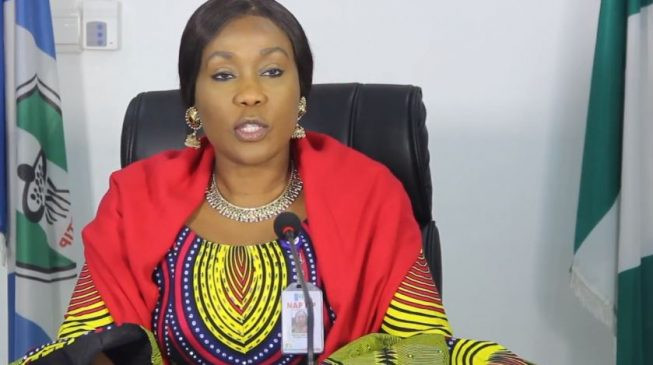 Julie Okah-Donli, the Director General of the National Agency for the Prohibition of Trafficking in Persons (NAPTIP), has raised an alarm over what she described as new tricks employed by human traffickers.

Okah-Donli, who was speaking during an interactive meeting with the Edo State Task Force against trafficking in Benin City, lamented that the menace appears to have heightened despite measures to curb it.

“You must beam your searchlight on transporters. Go to the motor parks because this is where they take these girls from. Then you go to the waterside, they take the boats too. By the time you seize one bus, prosecute the bus owner, prosecute the driver, trust me they will stop carrying people. The traffickers are not waiting for us, they are always on the move and they are very fast, so we must be ahead of them at all times. Then you also have to look at orphanages.

RELATED:   Anthony Joshua has been training for a month with chubby fighters like Andy Ruiz - Joshua's manager, Eddie Hearn reveals