You are here: Home / SPORTS / Who is the new defender confirmed by Arsenal, Sead Kolasinac?

Who is the new defender confirmed by Arsenal, Sead Kolasinac? Arsenal has confirmed Schalke defender Sead Kolasinac will join the club on a free transfer this summer. Here’s all you need to know about the Bosnian…

The full-back’s contract with the German outfit was due to expire this summer, and Arsenal announced on Tuesday that he will join the Gunners on July 1, “subject to the completion of all regulatory processes”.

But who is Kolasinac? Here’s all you need to know about the left-back…

Kolasinac was born in Karlsruhe, Germany and started his career with his hometown club before moving to Hoffenheim in 2009.

After just one season he was snapped up by Stuttgart before moving to current club Schalke in 2011.

RELATED:   For the love of Barcelona FC, See what this Die hard Nigerian Fan did (Photo)

It’s at the Veltins Arena where the 23-year-old has grown into a first-team star and since breaking into the Schalke first team in September 2012 he has been a regular ever since.

He has scored four goals in 119 appearances since making his debut for the club. 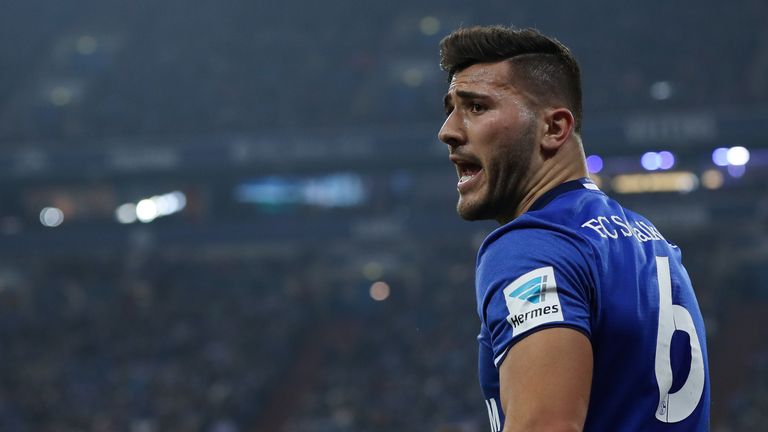 Kolasinac started his youth career as a central defender and occasionally played as a holding midfielder.

However, it’s as a left-back that he’s made his name in the senior ranks.

Part of his appeal is his versatility because he can play across the defensive line, he’s been deployed as a left wing-back and also in the left midfield position.

Kolasinac certainly has the physical attributes to play in the Premier League. He’s six feet tall and has a stocky build, bringing strong physicality to his defending.

The left-back, who is also very good on the ball, has an excellent work rate and never shies away from a tackle – traits which would see him at home in England’s top-flight.

He’s also good in the air, winning 46 out of 79 headed duels this season.

This season, he has made 36 appearances for Schalke, scoring three goals and recording seven assists, showing he has no problems in getting forward.

Kolasinac represented his country of birth at U18, U19 and U20 level.

However, he then switched his allegiance to Bosnia-Herzegovina – who he qualifies for through his parents – and has won 17 caps. Kolasinac featured in the 2014 World Cup in Brazil during Bosnia-Herzegovina’s first appearance at the finals of a major competition. 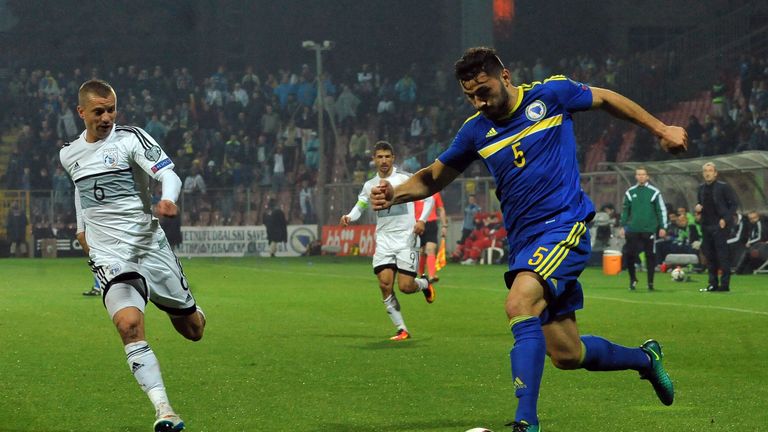 He appeared twice at the tournament and has an unwanted title of scoring the fastest own goal in World Cup history after putting through his own net just two minutes and eight seconds into Bosnia-Herzegovina’s 2-1 group stage defeat to Argentina.