You are here: Home / NEWS / New photos of Wendy Williams’ husband and his mistress surface online after the TV host claimed her marriage is intact

Kevin Hunter, 47, and his mistress Sharina Hudson, 33, lounging together have surfaced online after the talk show host claimed her marriage is intact.

The photos were obtained by DailyMailTV. It was also reported that Kevin has told his decade-long mistress he can’t leave his wife of 22 years because she pays all the bills.

A source close to the couple told Daily Mail that Hunter’s mistress has given her married boyfriend several ultimatums, insisting he left Williams so they can settle down and start a family together. But the 47-year-old who manages his TV star wife’s career and runs a production company they jointly own has given her a reality check and insists he won’t leave any of them. 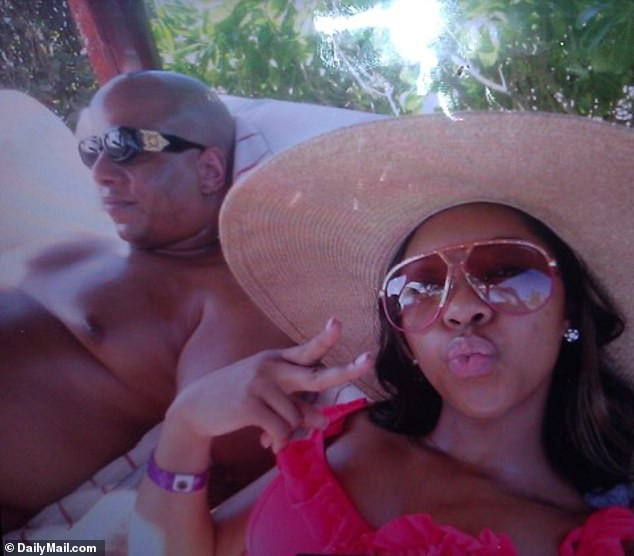 Kevin is in love with Sharina but he told her he can’t leave his wife, but the only reason he is still with Wendy is because he and Sharina can’t take care of themselves – they need her money,’ a source told DailyMailTV.

‘Sharina has given Kevin several ultimatums over the years and he’s had to point out, ”we can’t afford to take care of ourselves”.

‘She’s living in a very nice apartment in Manhattan he pays for and he got her a studio in midtown for one of her many businesses that he supports.

‘He put her through school to be a massage therapist, he opened a kiosk for her at a mall in North Carolina where she’s from.

‘He helped her set up a jewelry and clothing line online called VISH. But none of her businesses have been a success.’