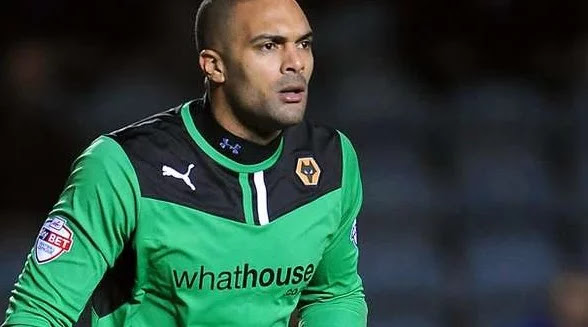 The Nigeria Football Federation (NFF) has offered Carl Ikeme a role in the technical crew of the Super Eagles, following his premature retirement from active football.

On Friday, Ikeme announced his decision to hang his gloves as he continues his successful recovery from Leukaemia, which was first diagnosed a year ago.

RELATED:   'First of all Introduction!' Davido and Chioma are engaged

During his career, the 32-year-old won 10 caps for Nigeria and kept seven clean sheets.

The NFF, in a statement signed by its General Secretary, Mohammed Sanusi, is offering to sponsor Ikeme’s coaching course before drafting him into Gernot Rohr’s backroom.

“Carl Ikeme was an embodiment of absolute dedication, commitment and patriotic fervour in the games that he played for the Super Eagles.

“The circumstances of his retirement from the game are somewhat depressing, even as we thank God for his life.”

“The Nigeria Football Federation will find the resources to send him on a coaching course, and afterwards absorb him into the technical crew of the Super Eagles. That is the least we can do for such a dedicated patriot,”