You are here: Home / NEWS / Nicki’s boyfriend tatooed her name on his neck 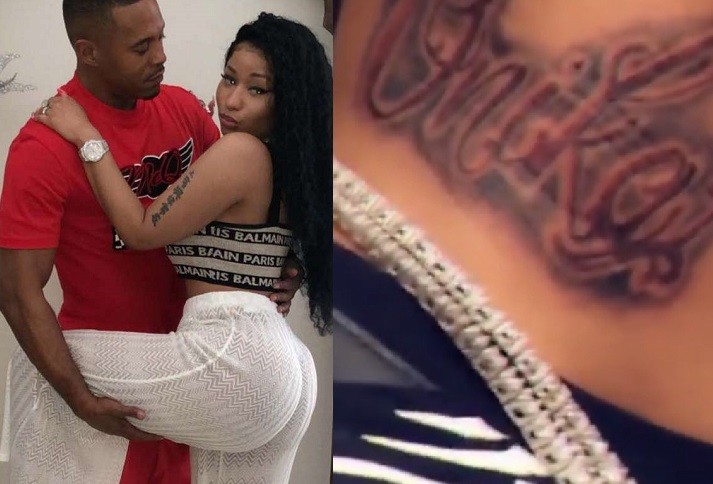 The convicted rapist and murderer, Kenneth Petty has had his first tattoo and it had to be Nicki’s name ‘Onika’ that was inked to his neck.

The exited rapper took to her Instagram page to show off her man’s new tattoo. In the video of the pair, Minaj asks, “Did your tat hurt? “He replies, “Nah.”

RELATED:   Strategy: Toys R Us has started its going-out-of-business sales, but there's a good reason to wait to shop there

The rapper, whose real is Onika Tonya Maraj, captioned the close-up of the tattoo, “Did ya tat hurt zaddy? his first tat—frontin like it didn’t sting.”