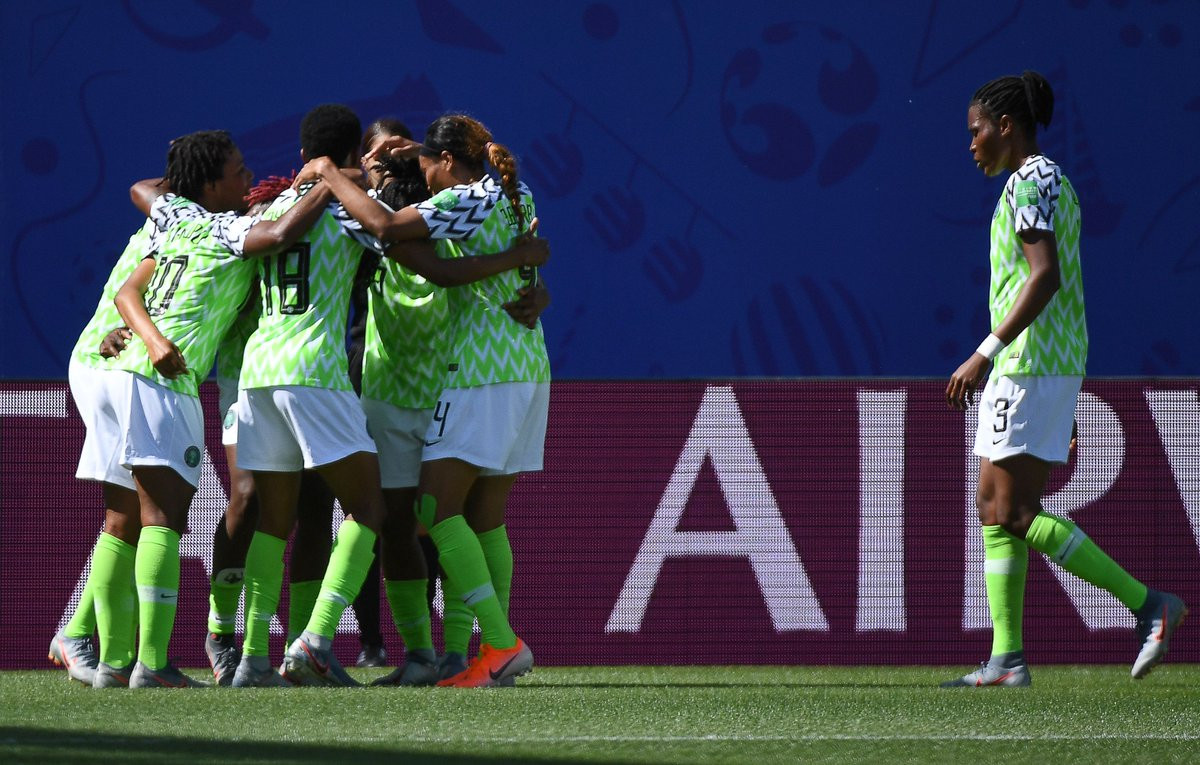 The Super Falcons of Nigeria have made the country proud as they beat South Korea at the FIFA Women World Cup in France this afternoon.

South Korean defender Kim Doyeon scored an own goal and smooth solo goal from Barcelona’s striker Asisat Oshoala were enough to wrap up the victory for Nigeria.

RELATED:   You Have No Right To Declare Anyone Wanted, Judge Tells EFCC

The win comes after the Super Falcons suffered a 3-0 loss to Norway in their opening game.

RELATED:   Epic Throwback Photo Of Popular Actress Omoni Oboli During Her Days In University Of Benin

Nigeria will now face host nation France on June 17  at Roazhon Park in Rennes in their final group game with hope of making it to the knockout stages.