You are here: Home / NEWS / Nigeria MC, Nathaniel Adejoh who got married eight months ago, dies at 33 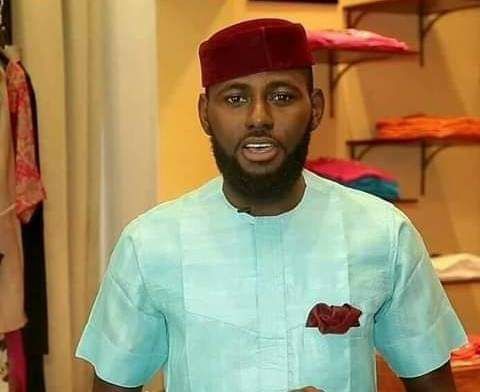 Media personality, Nathaniel Adejoh, has died. Nathan who is from Kogi state, died on Monday December 24th after a long battle with an undisclosed ailment.

RELATED:   They should bury their heads in shame, they are plotting how to kill us - Wike to Police

He passed on on Christmas Eve after a shorty battle with an heart related ailment.

He is survived by his pregnant wife, Rachel, whom he married in April, 2018. Adejoh will be buried, today, in Kogi.

His friends and family had a candle light for him on Friday, December 28th. His remains will be buried on Saturday December 29th. 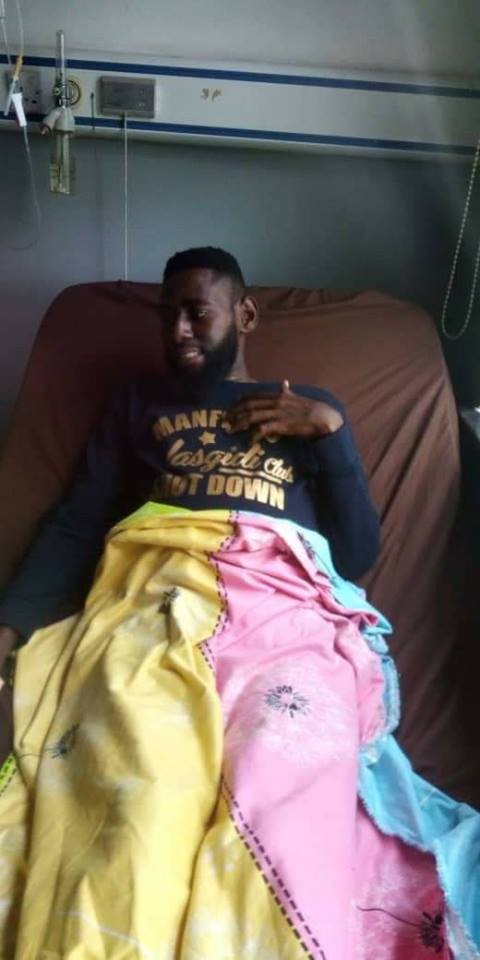 His friends have taken to social media to mourn him. See below. 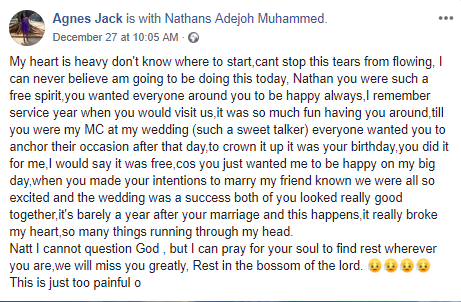 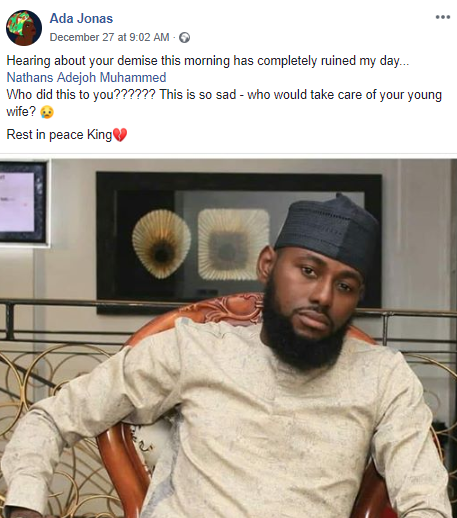 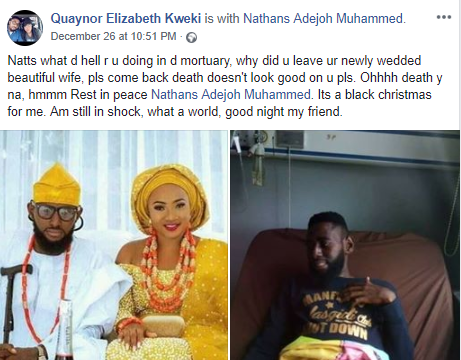 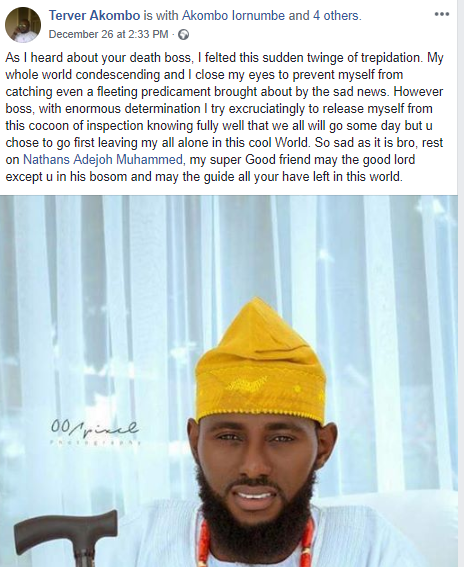 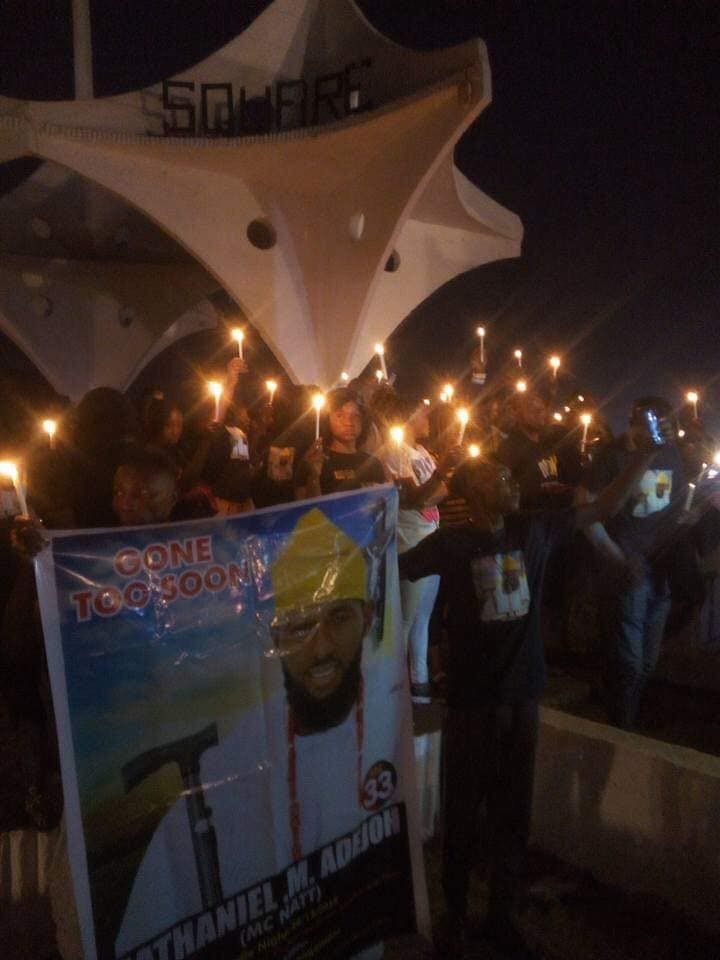