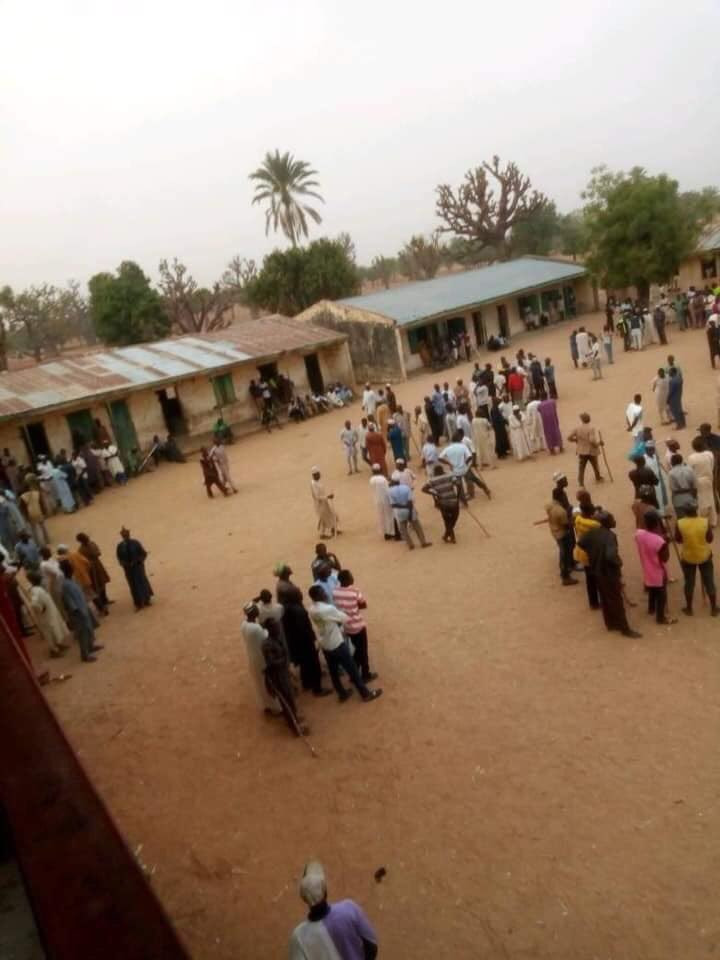 PDP release a press statement on the supplementary election, below…

The Peoples Democratic Party (PDP) condemns in totality the violent attacks and killing of PDP agents and members by thugs unleashed by the All Progressives Congress (APC) at the Kano Supplementary election.

The PDP alerts that APC thugs, aided by compromised security agents, have been on rampage, invading polling units where they are attacking PDP members and supporters with dangerous weapons, chasing them away from the polling units and preventing them from voting.

In Gama ward, evidence abounds of how APC thugs attacked and unleashed terror on PDP members during which four of our members where feared killed and many more injured. APC thugs violated the secrecy of the ballot process, beat up and chased away supporters of the PDP after which they engaged in massive ballot stuffing for the APC.

In other areas in Kano, aliens imported by the APC attempted to participate in the election and attacked journalists and observers who attempted to raise issues on the infraction.

In the face of this unrelenting aggression by the APC, the PDP directs its formation in the state to immediately activate our legitimate defence mechanism to protect our members and supporters in Kano state.

The PDP calls on the Independent National Electoral Commission (INEC), the international community and all lovers of democracy in Nigeria to rise in condemnation of the APC’s resort to violence in Kano, knowing the volatile nature of the state.

Furthermore, the PDP has taken stock of all the aggressions in Kano and will use all legitinate means to ensure that all those who perpetuated violence against our members are lawfully tracked down and brought to book.

RELATED:   Accolades Pour in as Aretha Franklin Passes On