You are here: Home / NEWS / Nigerian man sues Canadian government for $10m after getting locked up for eight months over name mix up 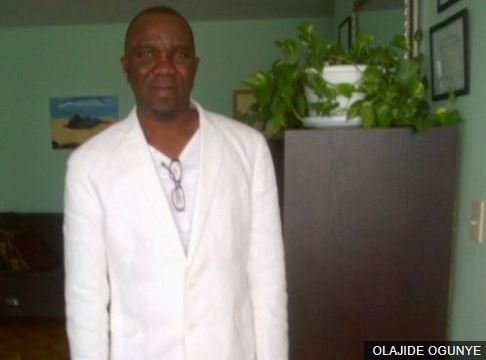 A Canadian citizen was held by immigration authorities for eight months in a top-security prison when he was mistaken for a refugee with a different name. Now, he’s suing the Canadian government for C$10m ($7.6m, £5.7m).

47-year-old Olajide Ogunye, born in Nigeria, woke up on the morning of 1 June 2016, and found his home in Toronto surrounded by Canada Border Service agents.

Narrating his ordeal to BBC, he said an agent presented him with a warrant for the name Oluwafemi Kayode Johnson, a failed refugee claimant who had been deported from Canada in the 1990s whom the immigration authorities believed had illegally returned to the country.  “That is not me,” he told them.

He showed them several forms of ID, including his Canadian citizenship documents and a provincial health card. The agents told him they would “sort this out”, and drove him to their office where they fingerprinted him. There, they said his fingerprints matched Johnson’s and they booked him into Maplehurst Correctional Complex, a maximum-security prison for dangerous offenders.

“I wasn’t expecting something like that to me as a Canadian citizen,” Ogunye says. For the next 248 days, Ogunye was incarcerated – first in Maplehurst and then in Central East Correctional Centre, another maximum-security prison while CBSA investigated his case.

Now that he is a free man, Ogunye is suing the government for C$10m for wrongful arrest and negligent investigation. CBSA spokesman Barre Campbell told the BBC the agency is “reviewing the matter” and that “it would be inappropriate” to comment further.

His lawyer, Adam Hummel, says that the CBSA’s investigation was marked by delays and procedural irregularities that lengthened Ogunye’s stay in prison and took a toll on his mental and physical health.

“For them to keep someone in jail for eight months. it is not really a good thing. I hope they don’t do this to somebody else and that is one of the reasons why I’m bringing this to court,” Ogunye says.

Hummel also says the CBSA has never produced the fingerprint sample used to identify Ogunye as Johnson. Ogunye moved to Canada from Nigeria as a refugee with his parents in 1990, and obtained citizenship at 26 years old in 1996.

He has several siblings in Canada, as well as two daughters, both born in Canada.  At one point, his lawyer arranged for him to be granted bail, if two bondsmen would swear to his identity. The bondsmen swore that he was indeed Olajide Ogunye.  But according to the statement of claim, the CBSA would not accept any proof that did not corroborate their belief that he was Johnson because “fingerprints don’t lie”.

In prison, Ogunye says he was assaulted by fellow inmates and fell into a deep depression and was placed on suicide watch.  “I’m crying like 24/7 in jail,” he says. This is not the first time Canada’s immigration detention system has fallen under scrutiny.