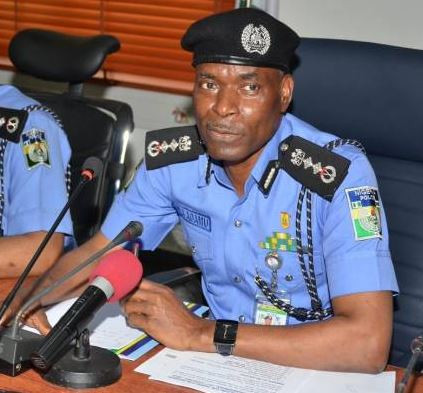 Acting Inspector General of the Nigeria Police Force, Mohammed Adamu has spoken on the poor funding affecting the force since he assumed office.

Adamu, speaking before the House Committee on Police Affairs to defend the 2019 budget proposal for the Police, said the Police needs more funding “to maintain neutrality and avoid compromises in the performance of its statutory duties”. He lamented that the Force received less than 20 per cent of the N25billion capital budget for security outfits.

Adamu said: “On my assumption of office as the Inspector-General of Police in January 2019, I began taking determined steps, drawing from national and international policing leadership experiences, to provide the highest possible level of professional and responsible leadership for the Nigeria Police to enhance its efficiency and effectiveness. However, at every turn, I am confronted with the issue of inadequate funding.

“Nigeria is a large country with a huge population and policing a nation as large and diverse as Nigeria requires enormous funding. Also, to maintain neutrality and avoid compromises in the performance of its statutory duties, the Nigeria Police Force should obtain its funding requirements from constitutionally recognised sources.”

The Police boss also stressed that the meagre allocation to the force is grossly inadequate to meet the day-to-day running and need of every personnel.

RELATED:   Patience Jonathan gets unrestrained access to her $5.9m finally

He said: “Presently, the Police depend on the government for the provision of funds for day-to-day operations. However, the annual budgetary allocation for the Force, especially with regards to capital and overhead costs, does not reflect the enormous size, scope of responsibility and actual needs of the Force.

“Arising from the limitations of funding occasioned by the budgetary constraint, most of the requirements that would enable the Force to perform are never met. For instance, as against a capital budget estimate of N342.9billion proposed for the 2018 fiscal year, the Force was given an appropriation of N25.5billion.

“Appropriations in respect of the overhead cost and capital budget to the Force over the years have failed to meet the funding requirements of the police.”

Members of the committee condemned the low funding allocated to the Police in the 2019 proposed budget. They also posited that the Police Trust Fund Bill currently before the Senate should be passed and transmitted for presidential assent.