You are here: Home / NEWS / No fewer than 100 people are found dead, 200 missing as cyclone hits Mozambique and Zimbabwe 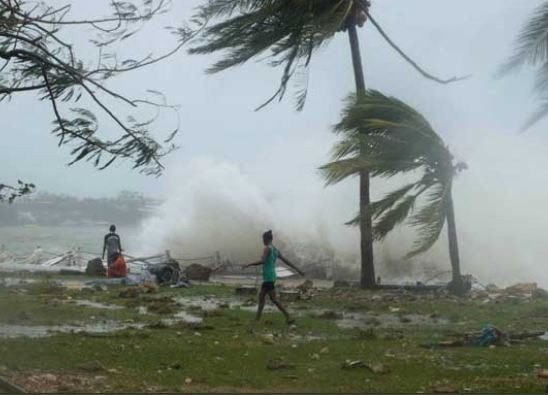 Over 100 people have died and many more are missing in Mozambique and neighbouring Zimbabwe on Sunday after tropical cyclone Idai barrelled across the southern African nations with flash floods and ferocious winds.

Authorities in Zimbabwe said the toll there had risen to 65 in the east of the country, while Mozambique said 48 people were killed in affected central areas, after the cyclone tore across the region on Friday and Saturday.

RELATED:   Senator Dino Melaye Wants to be a President

A member of parliament for Zimbabwe’s Chimanimani district the worst hit part of the country gave the updated toll and added that scores remain missing, after houses and bridges were washed away by flash floods when the storm slammed the area.

The most affected areas are not yet accessible, while high winds and dense clouds have hampered military rescue helicopter flights.

“So far we looking at 65 people that have lost their lives. We are looking at probably 150 to 200 people missing,” Joshua Sacco, lawmaker for Chimanimani, told AFP by phone.

The majority of those unaccounted for are thought to be government workers, whose housing complex was completely engulfed by raging waters. Their fate is currently unknown because the area is still unreachable.

“We are very worried because all these houses were just suddenly submerged under water and literally washed away and that is where we have about 147 missing. It’s very sad and the situation is dire” he said.

Two pupils at a secondary school were among those killed, after a landslide sent a boulder crashing into their dormitory, the country’s Department of Civil Protection (DCP) said.