You are here: Home / NEWS / NY doctor charged with molesting a patient during breast exam 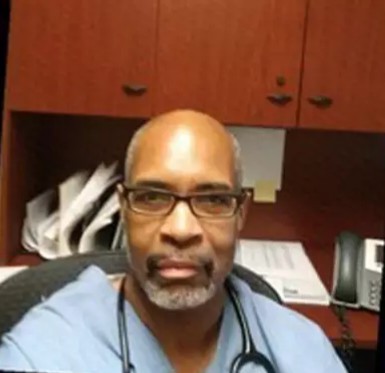 A prominent New York doctor was charged with sexually abusing a female patient during a breast cancer screening last year.

Dr Mark Jackson, 58,  was charged with forcible touching and sexual abuse for allegedly sucking a 54-year-old patient’s breast during a routine breast exam. Police also say that the doctor guided the patient’s hand to his genitals against the woman’s will during a routine exam on Sept. 15, 2017.

“Do you see how hard you got me?” he allegedly asked the patient during the mid-morning session.

Jackson was arraigned Wednesday in Manhattan Criminal Court on two counts of sex abuse and one count of forcible touching.

Manhattan Prosecutor Matthew McCarthy said that Jackson “betrayed the trust of his patient and sexually abused her while she was seeking a simple cancer screening.”

Dr Jackson was ordered held on $15,000 bail at his arraignment Wednesday night.