You are here: Home / NEWS / Okorocha has been denied accreditation at the National Assembly 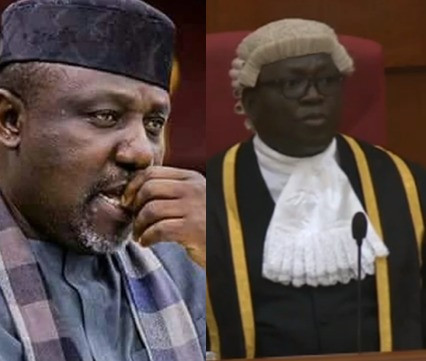 The 9th Assembly is currently being inaugurated and Okorocha who won the March 9th Imo West Senatorial district in controversial circumstances had arrived the Assembly complex and expected to be inaugurated.

However, he was denied accreditation and even the clerk of the National Assembly failed to mention his name during the roll call.

Recall that four days ago, an FCT High Court ordered that INEC release the Certificate of Return of the former governor after the electoral body held on to it. The resident officer during the election revealed that he was forced to announce Okorocha the winner of the election.