You are here: Home / NEWS / Okorocha reacts to EFCC’s sealing of properties in Imo State 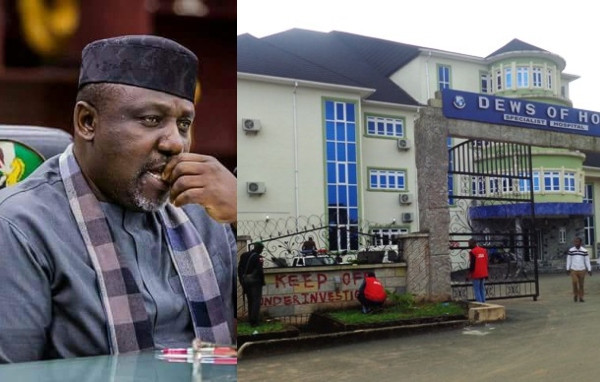 Former Imo state governor, Rochas Okorocha has reacted to the sealing of properties owned by him and his family members by the Economic and Financial Crime Commission (EFCC).

Rochas Okorocha in the statement released on his belalf by his Special Adviser on Media, Sam Onwuemeodo, claimed that most of the sealed establishments preceded his emergence as Governor of Imo State. He also debunked claims of EFCC’s invitation to Managements of the Colleges and other establishments sealed.

Read the full statement below;

SUBJECT: SEALING OF ROCHAS FOUNDATION COLLEGE OWERRI WITH MORE THAN THREE THOUSAND STUDENTS & OTHER INVESTMENTS, BY AGENTS OF ENUGU OFFICE OF EFCC WITHOUT INVITATION OR INVESTIGATION.

-OBVIOUSLY, THE PDP GOVT. IN IMO INSTIGATED THE ACTION, WITH ALL THE CHIEFTAINS OF THE PARTY WHO FELT POLITICALLY DISPLACED FROM 2011 TO 2019 & GOVERNOR IHEDIOHA LAUNCHING WAR AGAINST SENATOR ROCHAS OKOROCHA, THE FAMILY AND OTHERS, IN THE STATE

RELATED:   Barack Obama sympathizes with the people of France in the wake of the Notre Dame fire