One year after their society wedding, the marriage of Olujonwo, son of former president Olusegun Obasanjo, and his wife, Temitope, daughter of billionaire businessman, Kessington Adebutu, is in crisis as Olujonwo has dragged his wife before the Ogun State Judicial Service Commission and the Magistrate Court in Lagos Island over allegations of domestic violence meted on him since their marriage was contracted.

In the court papers, Olujonwo accused Temitope of subjecting him to repeated acts of domestic violence since their wedding was contracted in May 2017. He said that Temitope has repeatedly threatened to kill him. According to him, few weeks after their wedding, he found a knife she had kept under their matrimonial bed and had planned to use it to attack him. Olujonwo said in the night, Temitope woke up and asked for the knife and he denied removing it. He said Temitope told him that she would kill him and nothing will happen.

RELATED:   What a wicked world! See the teenager chained and dumped naked by her parents

Recall that Olujonwo’s mother, Taiwo Obasanjo, made a fuss about the wedding last year when she went to court to try to stop it. Mrs Obasanjo argued that she had received a spiritual warning against her son having a big wedding. She said if he is to have an elaborate wedding at all, it must be done after his 34th birthday in June. Despite her pleas and objection, Olujonwo and Tope with the help of their fathers, had a flamboyant wedding in May 2017.

RELATED:   'I have photos of all the married women Iyanya has slept with' - Ubi Franklin speaks 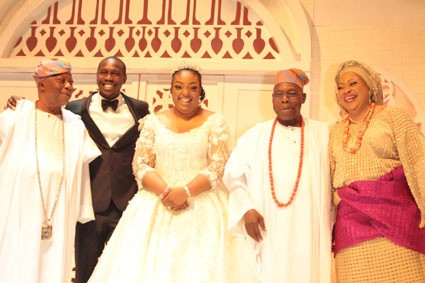 Also in February this year, she granted an interview to The Sun in which she said her son and his wife Tope have not been living together in their matrimonial home because Temitope and her mother have been attacking her son. Olujonwo later came out to counter his mother’s claims.

Well, his petition before the judicial commission and the magistrate court has confirmed his mother’s fears.

See the court papers below 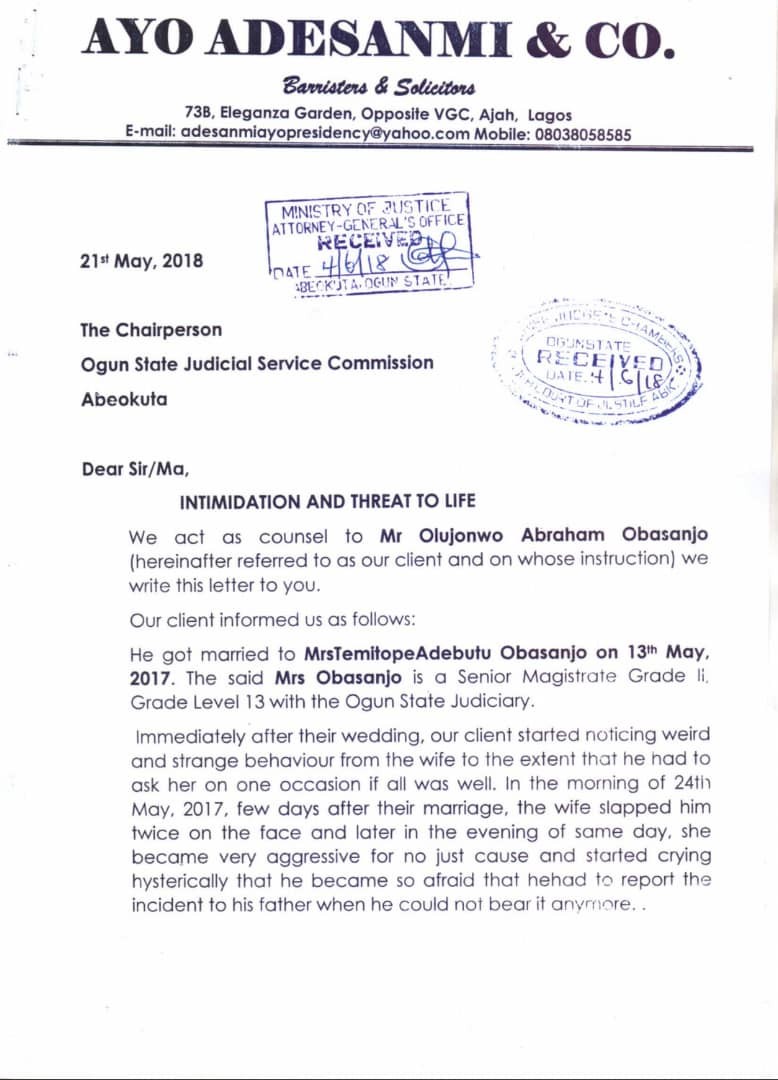 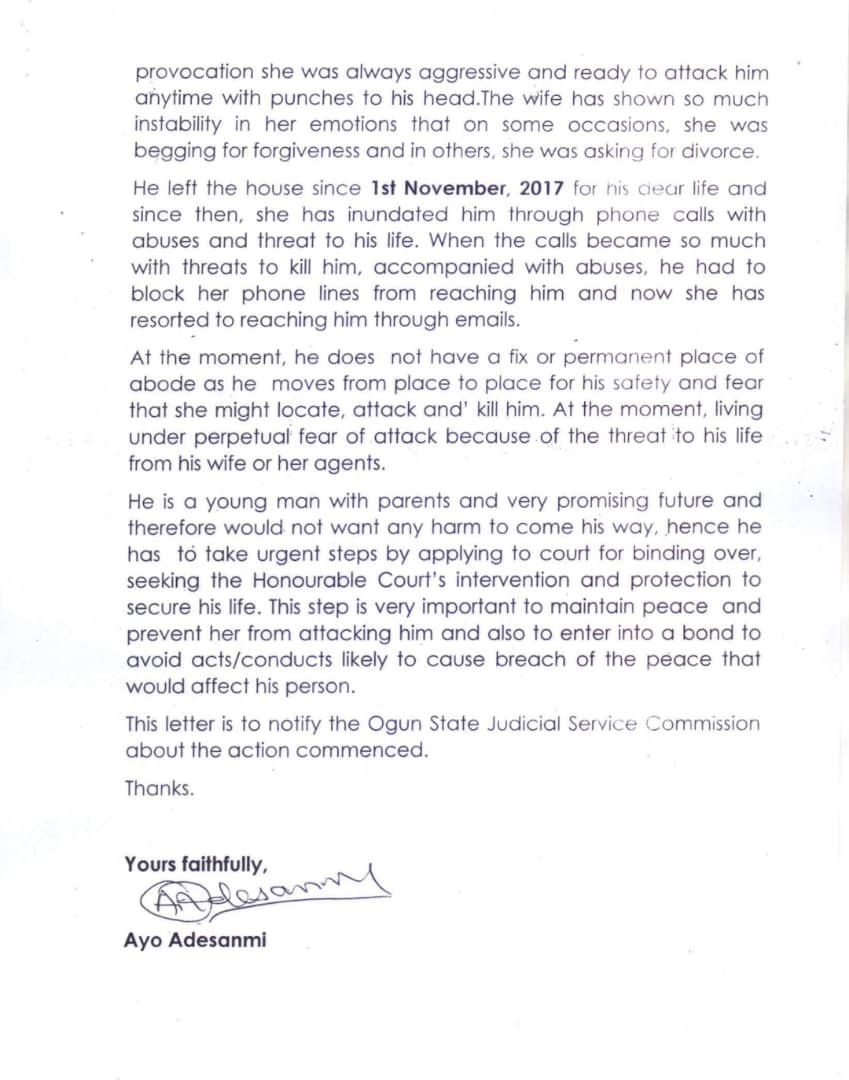 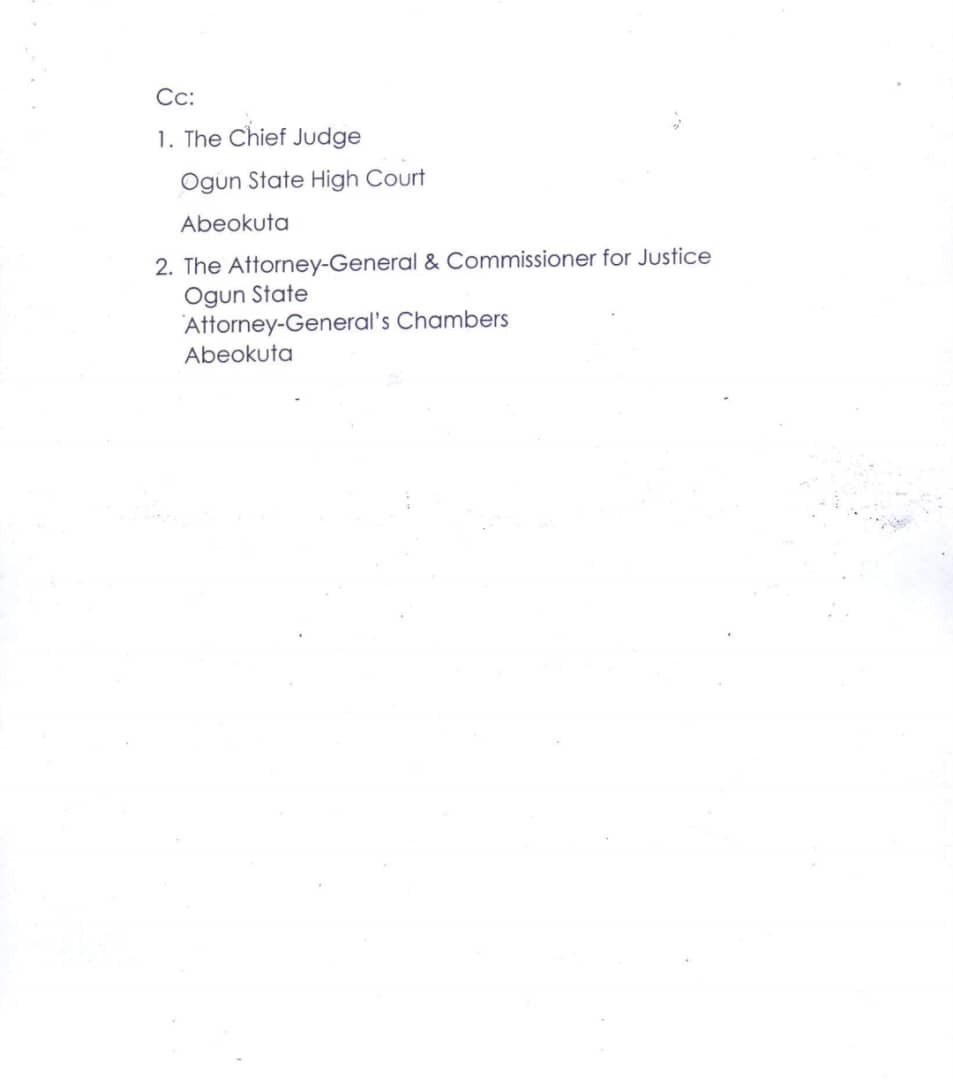 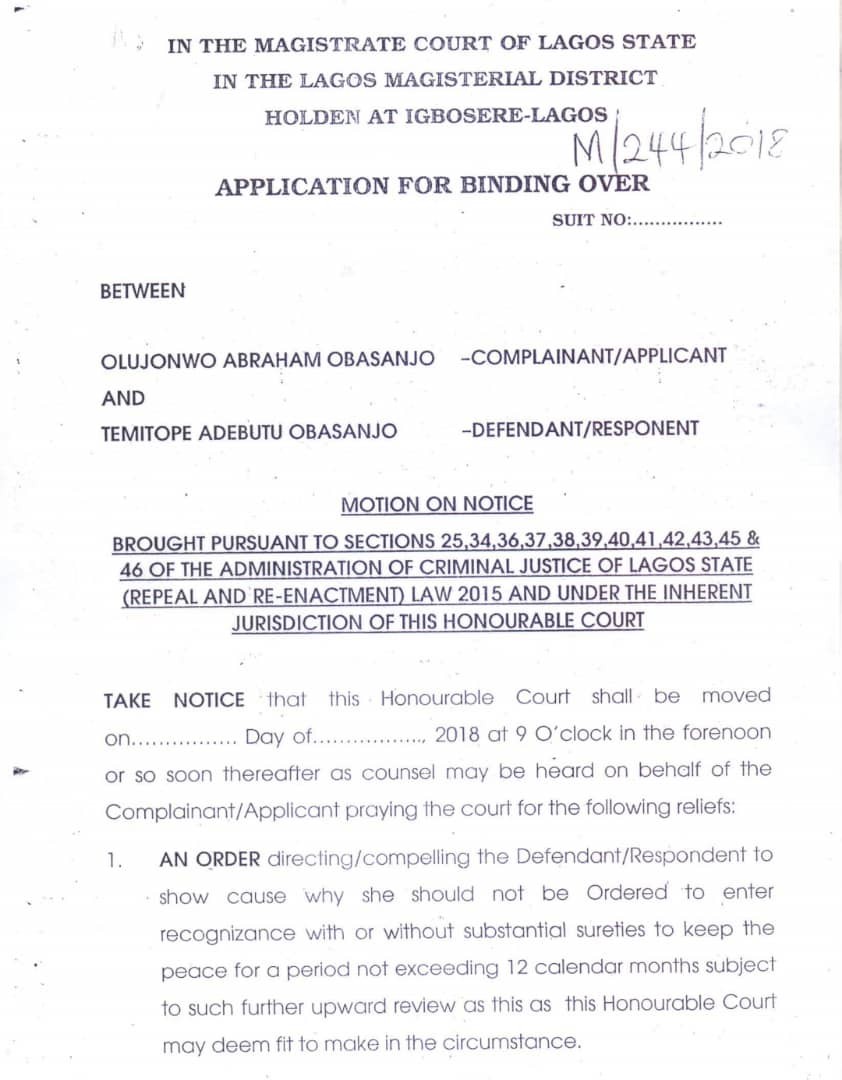 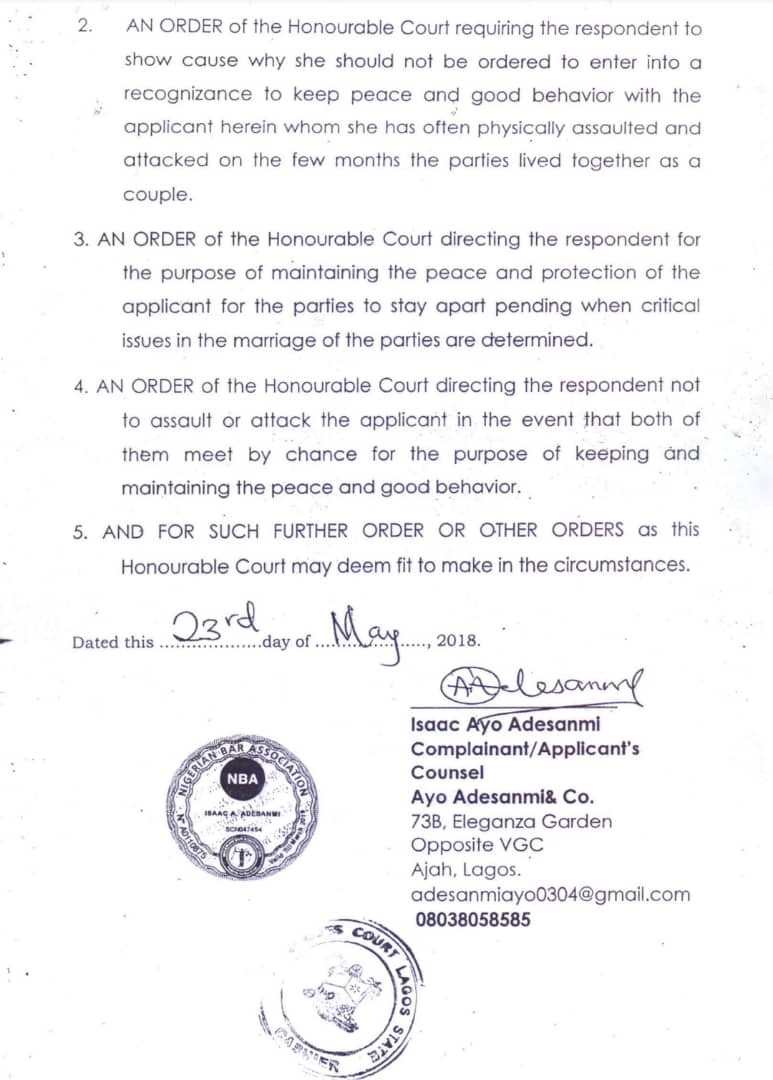 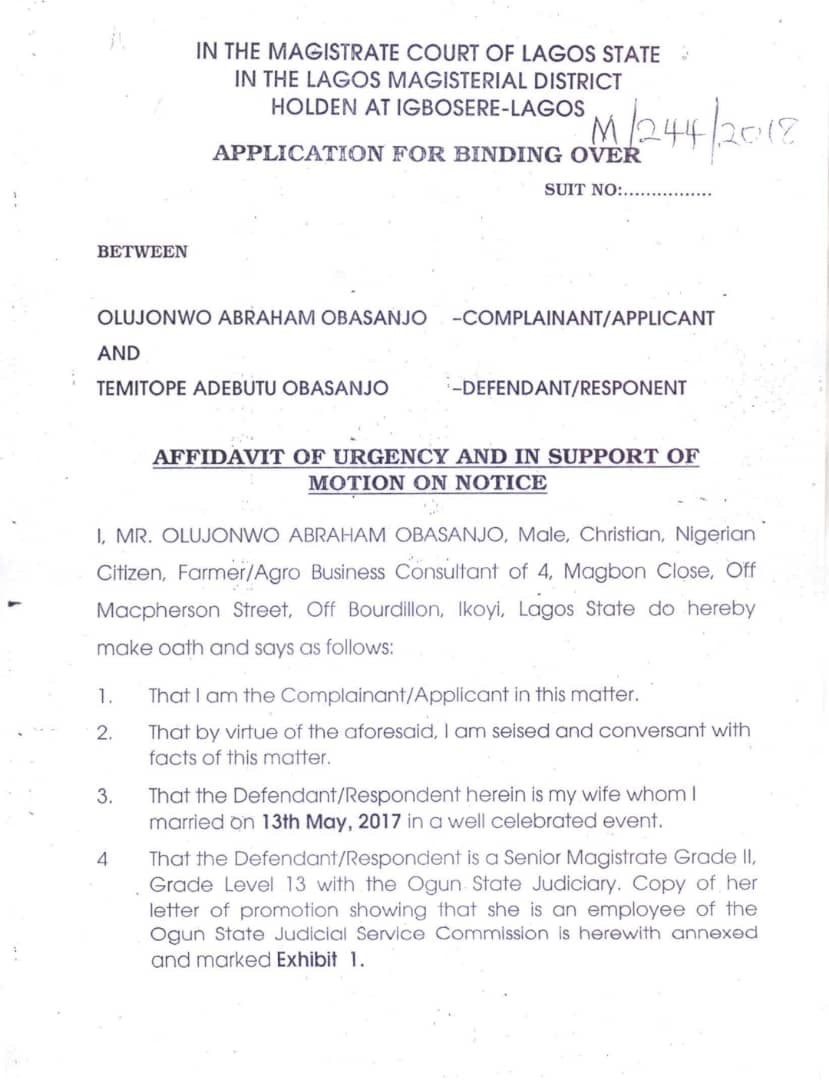 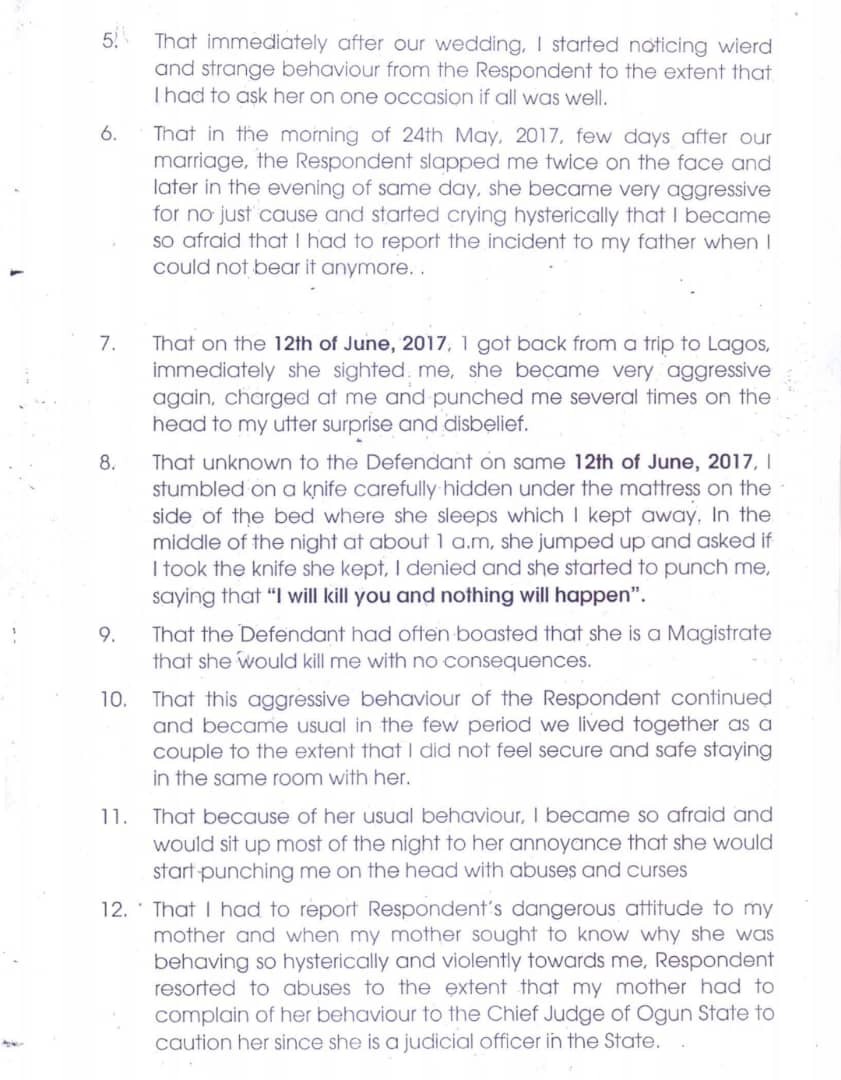 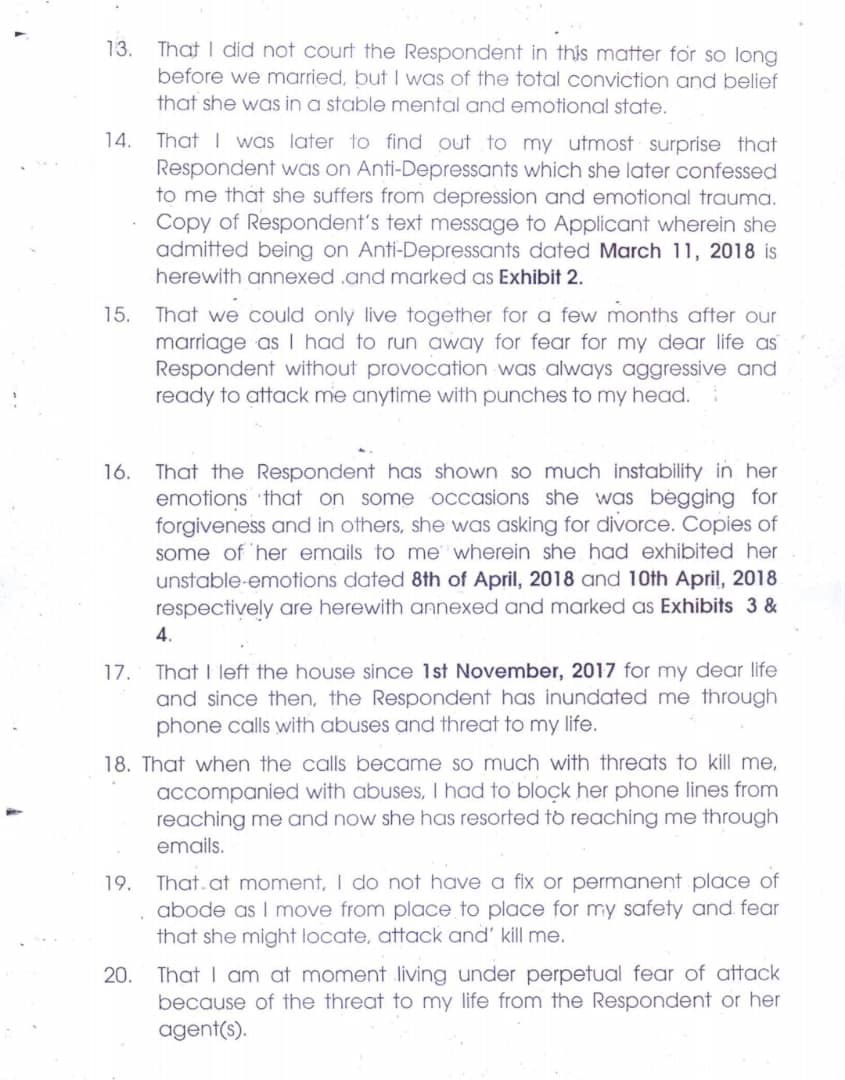 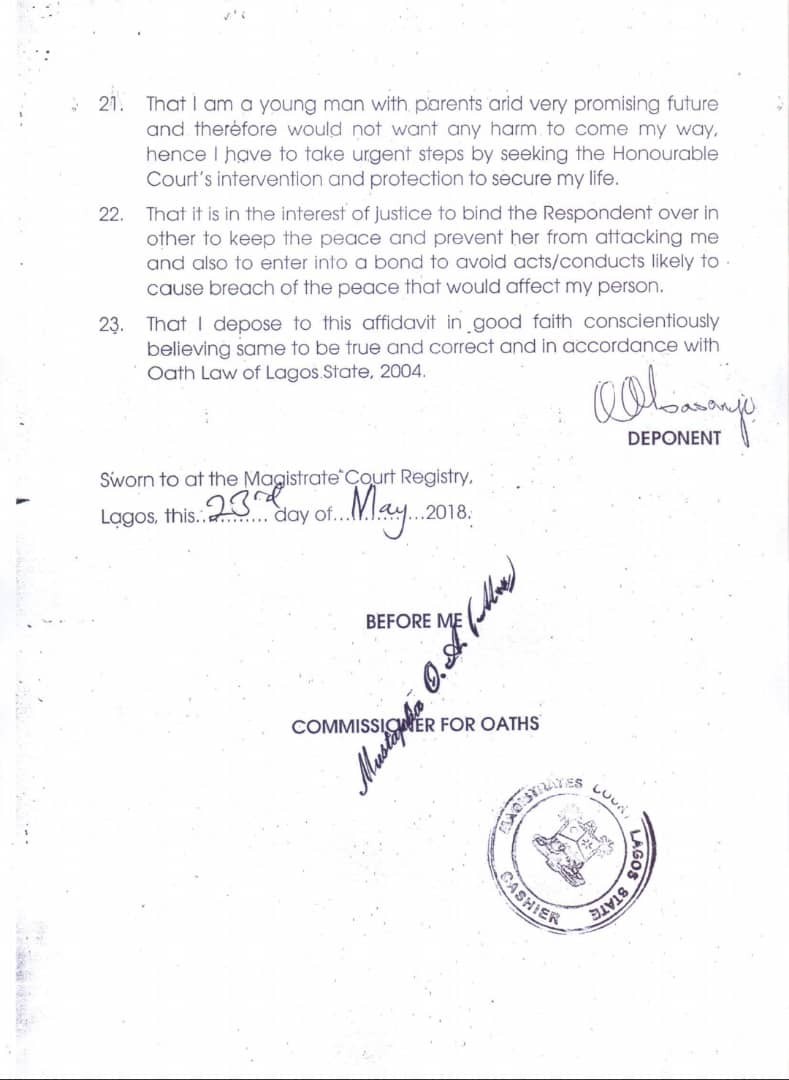 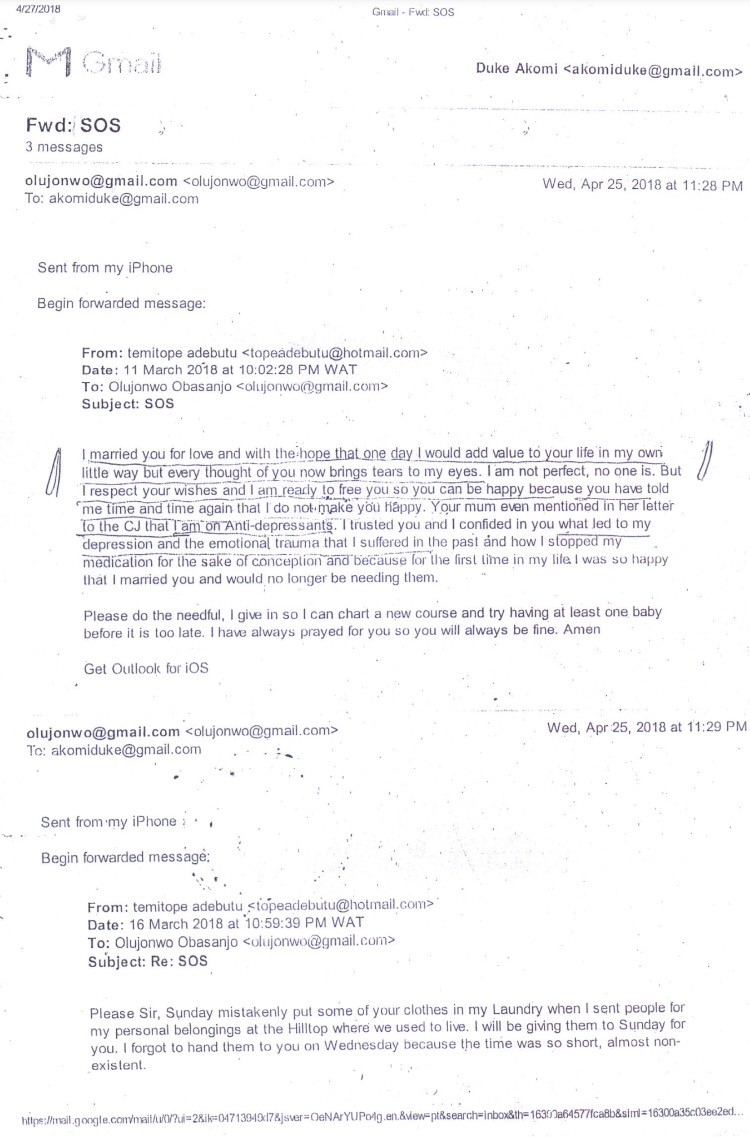 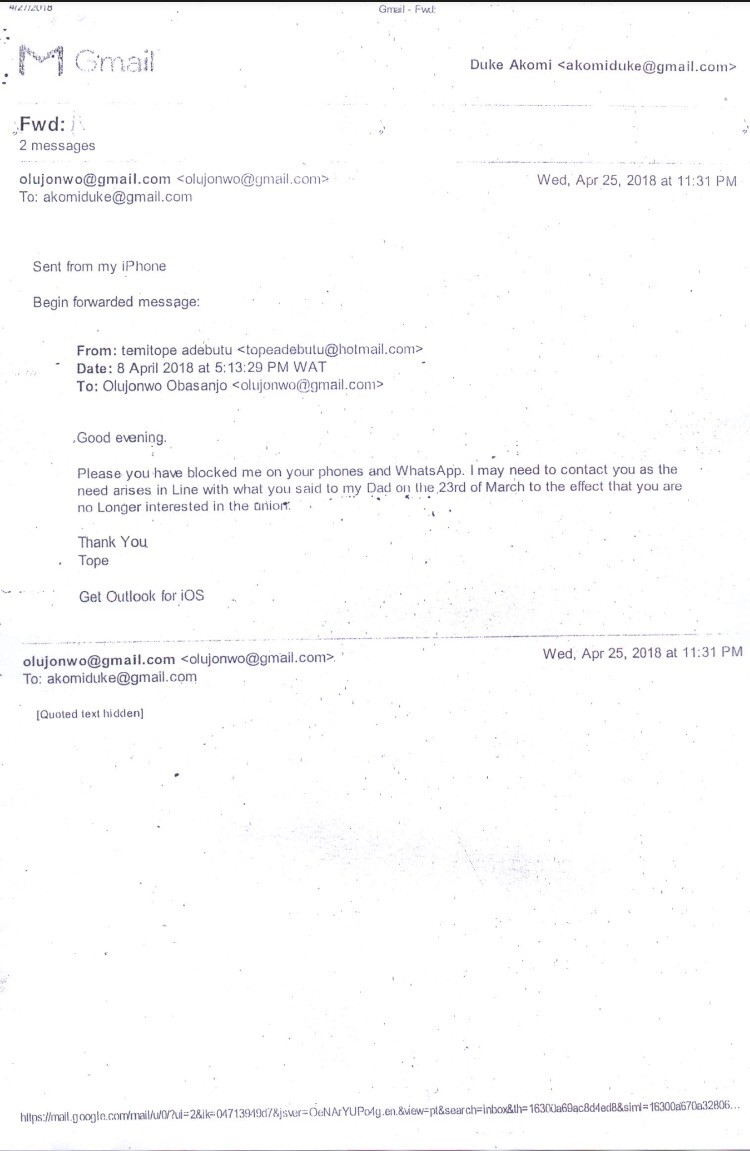 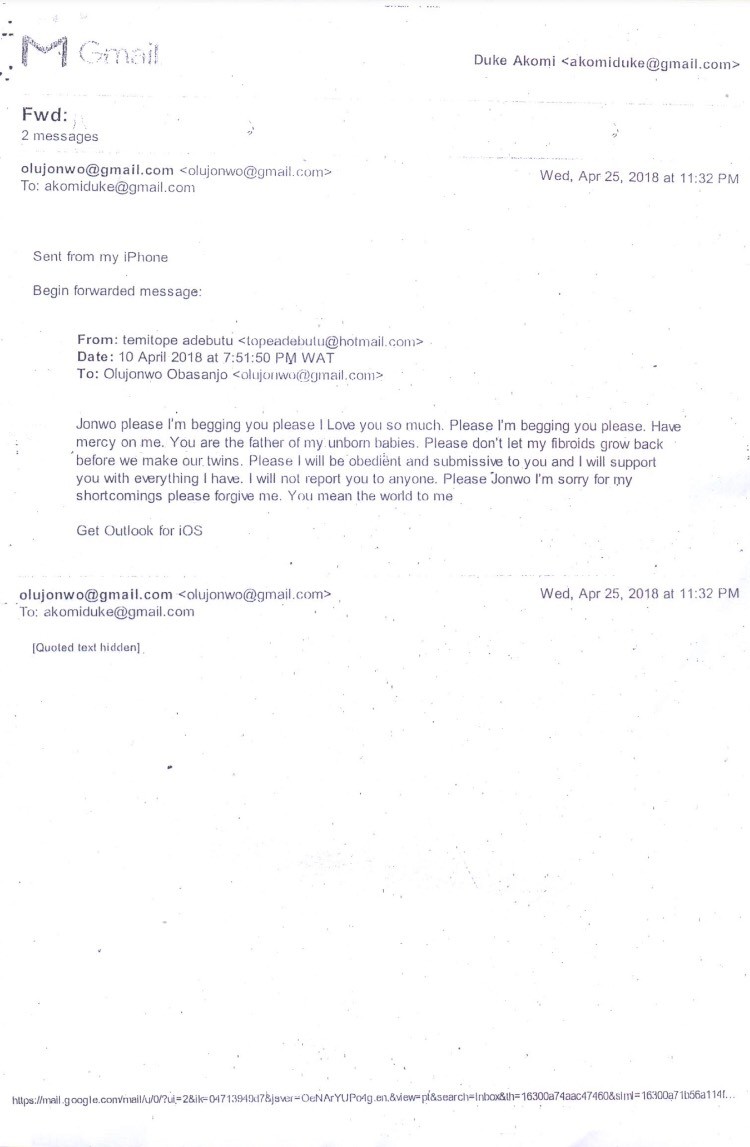