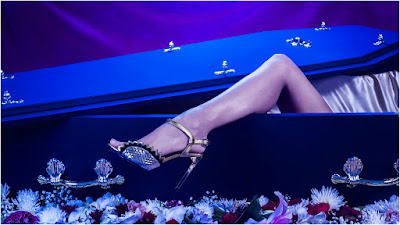 Na wa oh! So they don’t have customers amongst the living anymore that they had to start producing for the dead.

A fashion house took it upon themselves to show create a ‘Corpse couture’ they called it COFFIN COUTURE. According to them, the dead should be stylish too when they go down 6ft below.

They gave coffin-clad models macabre makeover to show off the range of 40 mens’ and clothing, jewellery and accessories. Deathly pale models showcase six outfits in caskets adorned with Gothic flowers in the spooky snaps.

Check out the photos: 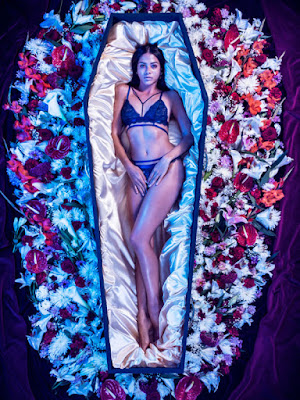 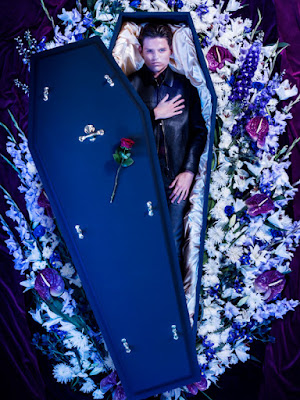 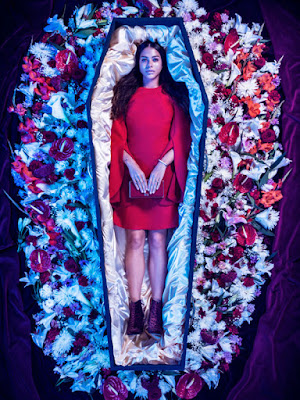 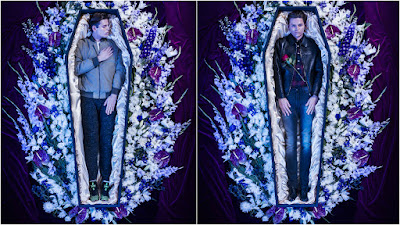 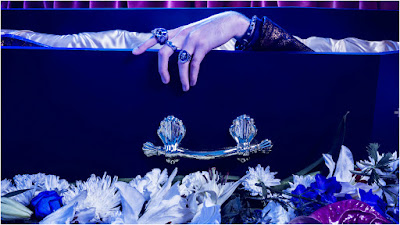