You are here: Home / POLITICS / Oshiomohole boots Monarch out of throne for supporting PDP

The rivalry between the Edo State Government and the monarch of Uromi town has reached a climax, with his deposition.

The Adams Oshiomhole government in a blunt and brief statement on Wednesday by secretary Julius Ihonvbere announced the decision.

The government in a letter earlier on Wednesday conveyed its decision to the deposed king, Ojuromi of Uromi. 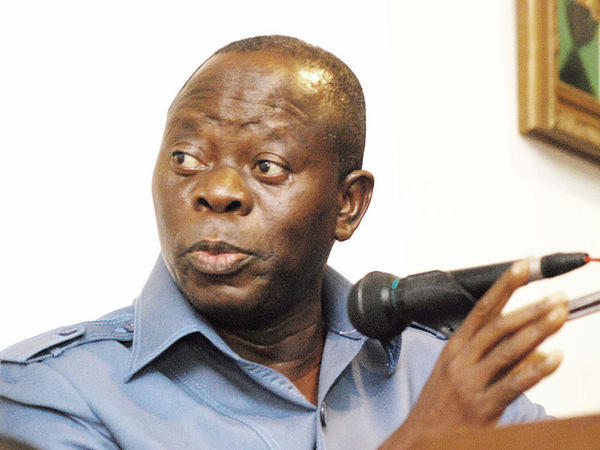 The government’s statement, titled: “Deposition from Office as Ojuromi of Uromi: Addendum”, read:

“Please be informed that the initial Exco decision of 26th October 2016 has been further affirmed.

“Consequently, you have been deposed as the Ojuromi of Uromi pursuant to Section 28 (i & ii) of the Traditional Rulers & Chiefs Law, 1979.

“Kindly, therefore, disregard our letter of 4th November 2016 on the subject “Re: Letter of Apology to Edo State Government.”

The king’s problem with the Oshiomhole government began on September 28, when he was accused of assaulting a woman during the polls.

He was also accused of interfering in the conduct of the election, leaving his palace to canvass votes for the PDP candidate, Osagie Ize-Iyamu.

Government gave him a query and ordered him to apologise to the woman assaulted.

The dethroned king ignored the letter and even ignored the government by travelling out of his domain, overseas.

The government placed him on a 7-day suspension and still demanded a letter of apology for snubbing it and failing to apologise to the lady assaulted.

RELATED:   Jubrin series: Immediately after my suspension, all my supporters in the house went quiet

On November 4, the government stepped up its sanctions by suspending the king known as Zaiki Edenojie II for one year, effective from Monday.

In addition, the monarch who ruled the home town of Tony Anenih, the PDP leader, was stripped of all his rights and privileges that he had hitherto exercised. He was also to lose a share of the five per cent revenue accruing to the local council.

He was finally dethroned on Wednesday.