You are here: Home / NEWS / Partial closure of Lagos-Ibadan expressway will last till October 31st – LASTMA 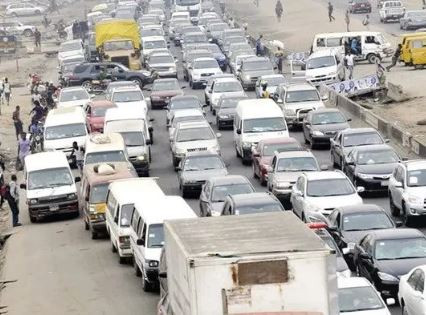 The partial closure of some sections of the Lagos-Ibadan expressway will commence on Monday, September 2 and last until October 31.

The Lagos State Traffic Management Authority (LASTMA) announced this in a travel advisory and explained that movement from Kara Bridge inward Berger would be sealed off while traffic would be diverted into the other part of the road going out of Lagos.

LASTMA noted that the road would be divided into two lanes, both ways and traffic would be divided back to the road going inward Lagos at Berger intersection which links River Valley Estate. It, however, announced alternative routes for road users travelling in and out of Lagos, urging them to take advantage of the Lagos-Abeokuta Expressway from/to Abeokuta, connecting from/to Lagos-Ibadan Expressway.

RELATED:   Nollywood Actress Mimi Orjiekwe Says There Is No Money In Acting 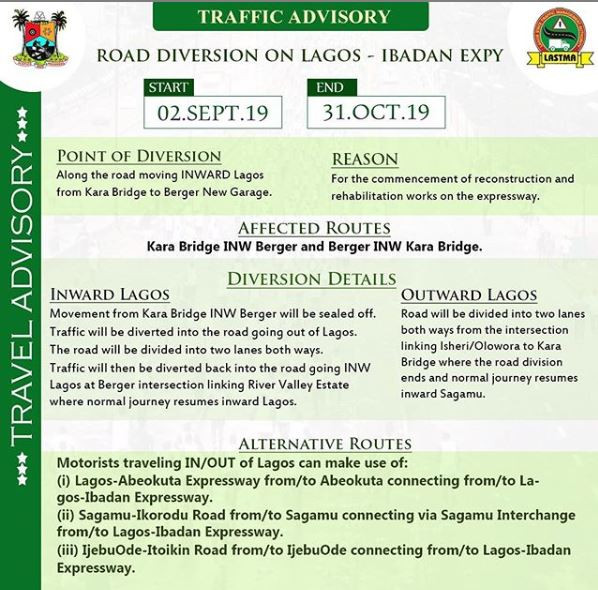