You are here: Home / ENTERTAINMENT / Pastor Daddy Freeze vs Pastor Biodun Fatoyinbo: You won’t believe what happened between them

Trouble started after Freeze reminded Pastor Biodun of the robust reply he promised Nigerians after now married and mum of one, Ese Walter blew the lid on their alleged scandal.

RELATED:   My Friends are not Allowed to Call or Visit my husband - Funke Akindele-Bello Teaches Boundaries 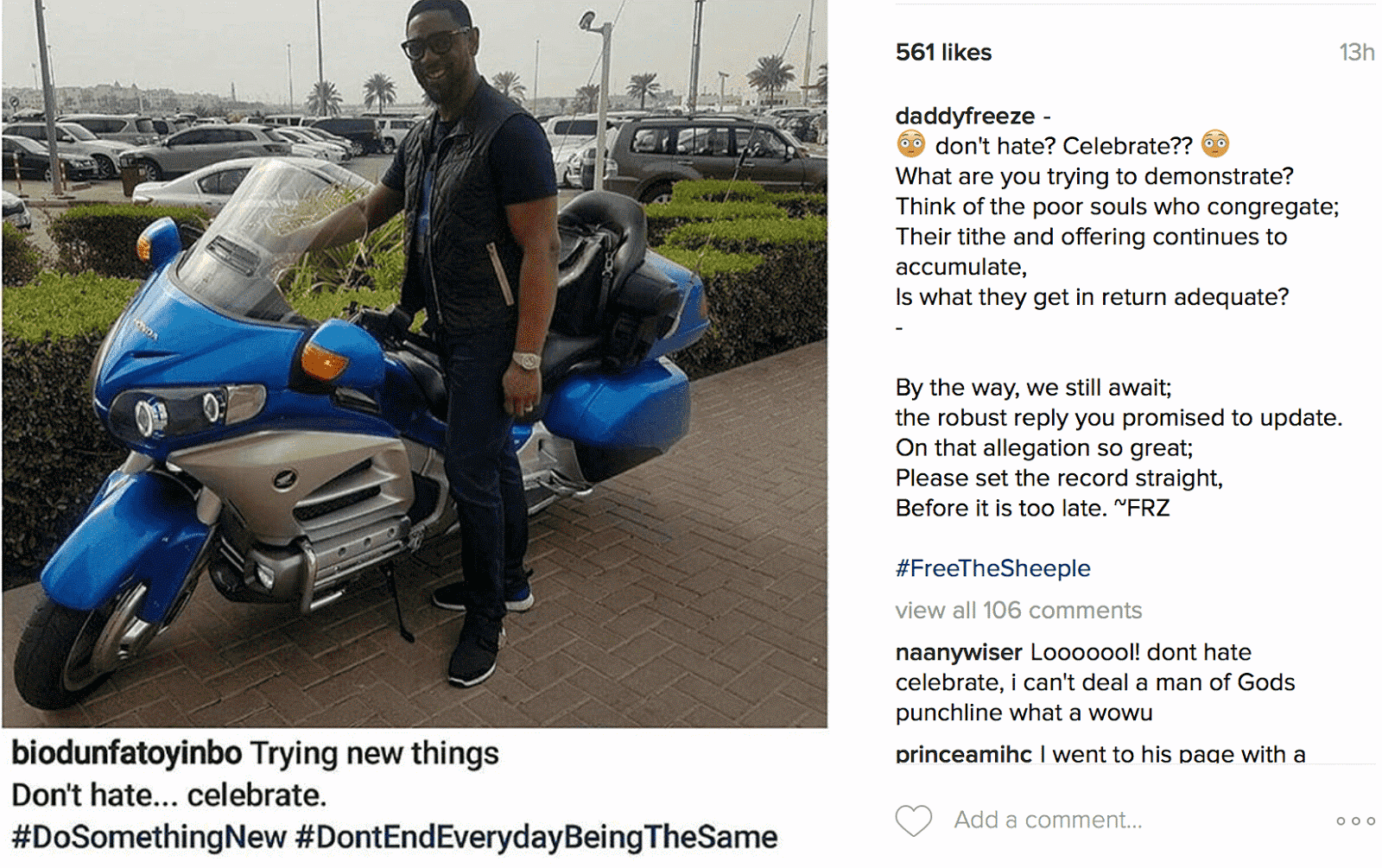 You recall that back in 2013, Ese shocked everybody when she came clean about her alleged affair with Pastor Biodun Fatoyinbo. The story heated up the internet for weeks and Pastor Biodun reacted saying he was going to release a robust reply. Which never happened.

RELATED:   Racism does Exist: Ashley Graham reveals her husband who is Black was spat on in Italy

Yesterday after Pastor Biodun was forced to deny buying a new power bike and criticised those attacking him over the story, Freeze decided to remind him of the Ese Walter robust reply and this happened:

RELATED:   Daddy Showkey is the new Peace Master as he allegedly settles war between Harrysongs and former Label 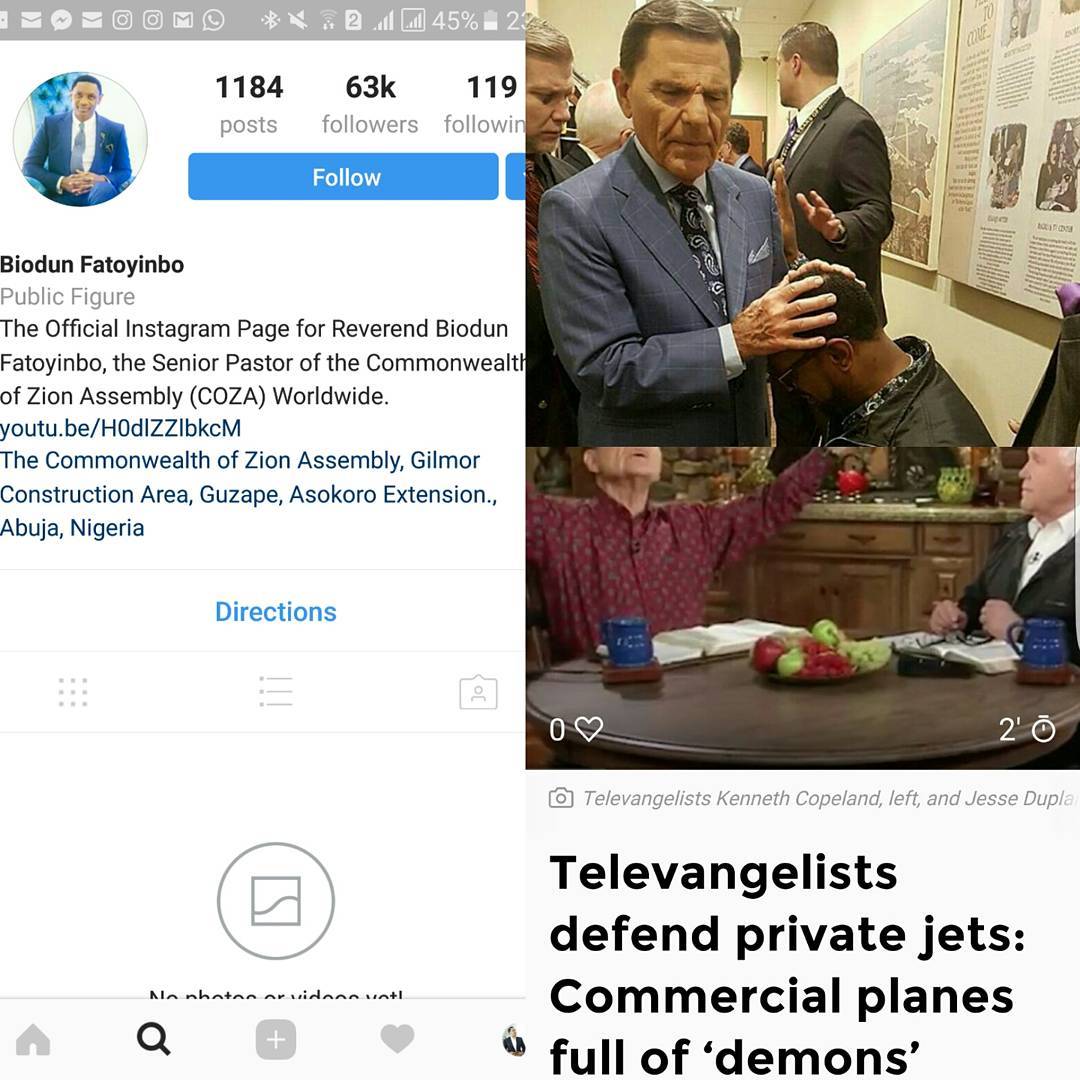 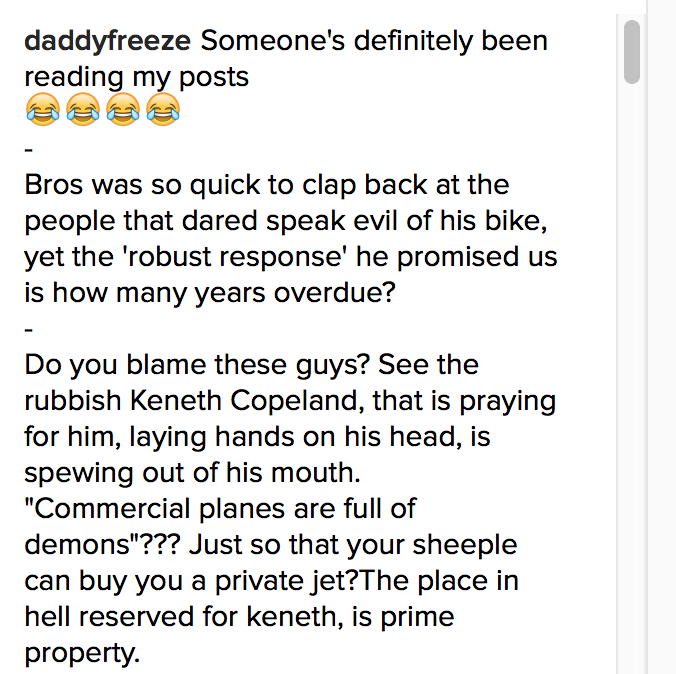