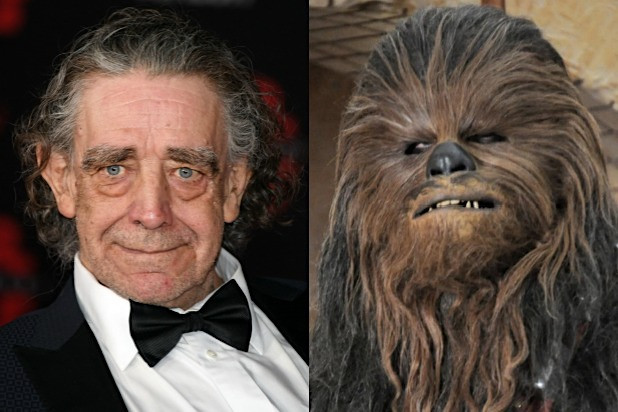 Peter Mayhew, English-American actor, who portrayed the iconic Star Wars character Chewbacca, has passed away at the age of 74.

Though the cause of his death wasn’t revealed, his family announced that he died peacefully on Tuesday surrounded by his loved ones at his Texas home.

In a statement family and friends hailed the actor as a “gentle giant and a very quiet, shy and beautiful person”

RELATED:   The dirty game of Big Brother, what does housemates have to hide? (Video) 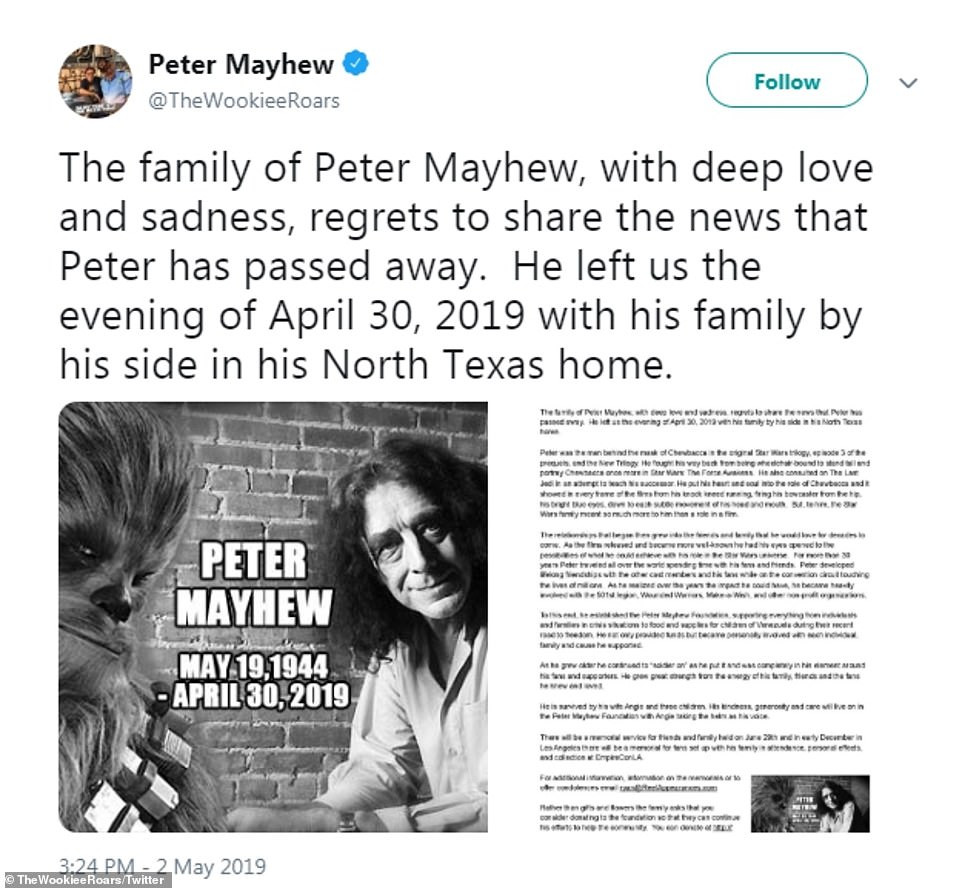 His family said: “Peter was the man behind the mask of Chewbacca in the original Star Wars triology, episode 3 of the prequels and the New Triology.

“He fought his way back from being wheelchair-bound to stand tall and portray Chewbacca once more in Star Wars: The Force Awakens.

“He also consulted on The Last Jedi in an attempt to teach his successor.

“He put his heart and soul into the role of Chewbacca and it showed in every frame of the films from his knock kneed running, firing his bowcaster from the hip, his bright blue eyes, down to each subtle movement of his head and mouth.

“But, to him, the Star Wars family meant so much more to him than a role in the film.”

RELATED:   Shocking discovery for lover boy after proposing to his girlfriend!

Movie stars are already paying Tributes for the actor on social media.